NHL News : Rumour: Landeskog could have played his last game with Avalanche

The chatter is getting louder… and more disturbing. 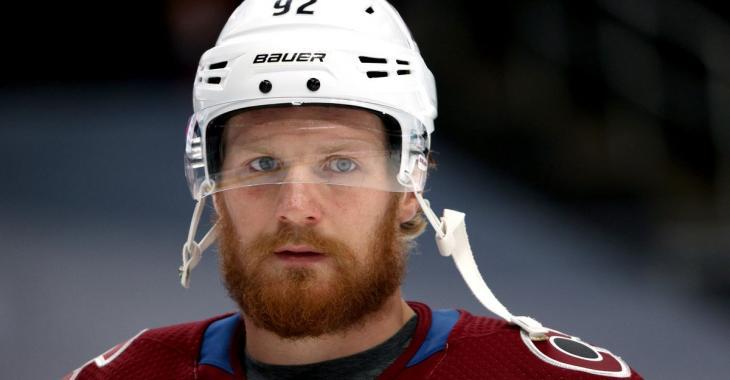 Several fans expected the Colorado Avalanche to make it all the way to the Stanley Cup finals, but they were ousted in the second round by the Vegas Golden Knights. The hard questions on which players will be re-signed and who will test the free agency waters therefore came sooner than expected, but no one thought captain Gabriel Landeskog would be interested in the latter option.

It however did not stop reporters like Joe Haggerty and Mike Chambers the Denver Post to claim that Landeskog had played his last game with the Avalanche.

Sportsnet’s Elliotte Friedman also admitted it won’t be a relaxed offseason for GM Joe Sakic. However, in his latest 31 Thoughts column, Friedman did not make a prediction on whether Landeskog would or would not return:

“No vacation for the Avalanche, with plenty of decisions to make. There’s a lengthy list of unrestricteds (including captain Gabriel Landeskog and Vezina Trophy finalist Philipp Grubauer), Nazem Kadri’s future to figure out, and planning for Nathan MacKinnon’s massive payday — two years from now. The linchpin to everything is Cale Makar’s next contract. There’s some evidence the two sides are going to try for term. That could be a massive number for the Norris finalist — and the only defenceman to average a point per game.

Colorado wasn’t crazy about trading Ian Cole, but did it to make room for Bowen Byram. Minus Cole and the injured Erik Johnson, they missed some edge on the blue line. But, before they can address several things, they’ve got to know what space (and expansion maneuvering) is available.”

As Friedman points out, the Avalanche could get some cash flexibility if it moves Kadri and by losing a player in the Seattle Kraken expansion draft, but will that be enough space to keep captain Landeskog in Denver?

Jack Campbell shaken up after Matthew Tkachuk falls on him.
Subscibe to
Our NEWSLETTER
Receive the best articles of the web directly in your email