NHL News : Rumor: Trade between the Canucks & Ducks will not be a 1 for 1 trade.

More pieces being added to this potential trade. 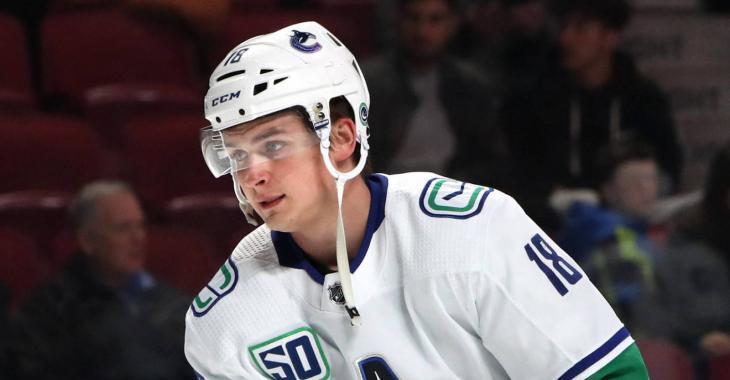 We have an update to this trade rumor which does appear to be developing, perhaps a sign that this will eventually get done.

News first broke when Vancouver Canucks insider Rick Dhaliwal reported that the Anaheim Ducks and Vancouver Canucks were involved in trade talks, specifically as it pertains to veteran forward Jake Virtanen. Virtanen has been the subject of trade talk for several seasons at this point but despite his name coming up rather regularly when it comes to the Canucks rumor mill, a trade has obviously never materialized.

At the time Dhaliwal reported that the player coming back the other way would be Ducks veteran forward Danton Heinen, a move that makes sense in a few ways for the Canucks. Heinen is a terrific marketing opportunity for the team at the very least given that he is a native of Langley, British Columbia, but it now sounds like this deal will not be the one for one trade we would have anticipated here.

National Hockey League insider Pierre LeBrun has since tossed his hat into the ring when it comes to this trade rumor and he is reporting quite definitively that it will not be a one for trade. LeBrun believes that if this trade does in fact move forward another piece will need to be involved in order to balance out the money on both sides, although he has not provided any additional details regarding what that might look like.

What is interesting here is that both these players make very similar salaries, so I'm not sure what financial component could be added to this deal to make it work better. I suspect that this would mean an additional player being thrown in from both sides of this trade, but it would be impossible to speculate on who those players might be at this time.

Currently Heinen earns slightly more with a cap hit of $2.8 million in the final year of a two year deal, but Virtanen's cap hit comes in pretty close at $2.55 million although he is on the books for an extra year.

Both of these players will be restricted free agents at the end of their contracts, so both teams will retain some measure of long term control in this trade.