This could explain the decision to waive him. 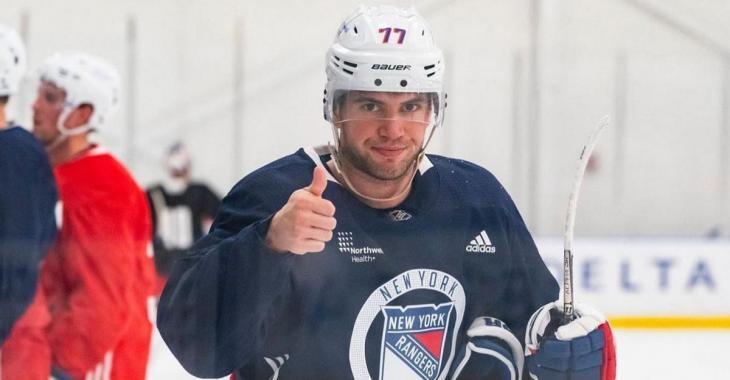 The New York Rangers made a stunning decision on Sunday when they placed controversial defenseman Tony DeAngelo on waivers, effectively putting him up for grabs if any opposing organization in the NHL was willing to take on his cap hit of $4.8 million.

Although the move caught many off guard, it could easily be explained away as the Rangers simply having had their fill of DeAngelo's antics. DeAngelo, thanks to his use of social media, has rapidly become one of the NHL's most controversial personalities and this has led to constant questions for the Rangers organization and could easily be considered a distraction to the team. In spite of those controversies however the Rangers had, until Sunday, stood by their young defenseman so was it really just that they had finally had too much?

An entirely unconfirmed rumor is going around suggesting that what provoked today's decision from the Rangers was actually an incident that occurred after the Rangers 5 - 4 loss to the Penguins on Saturday night. The rumor comes from a man named Matt Alber who initially claimed that DeAngelo had been involved in an altercation with a teammate earlier today.

Alber has since published chat logs detailing how he learned of the incident, but has refused to identity the source of those logs.

The long and short of it here suggests that DeAngelo would have provoked an altercation with a teammate and that things would have escalated to the point of getting physical. DeAngelo would have been punched during this altercation, although the severity of that blow and the identity of the man who delivered it remains the subject of rampant speculation.

The rumor gained enough steam that Colin Stephenson of Newsday asked Rangers head coach David Quinn about it during his media availability on Sunday. Although you can interpret Quinn''s response in a number of different ways, one thing is clear is that he did not deny that the incident took place.

“There’s always rumors, I’m not gonna address rumors," said Quinn. "This isn’t about one incident. It’s not about one thing.”

I will add one more time for the sake of clarity that this is only a rumor at this time, when we know more details we will bring them to you.