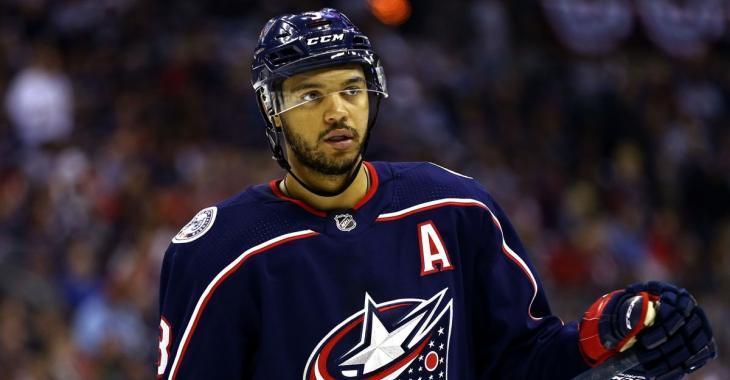 National Hockey League insider Elliotte Friedman dropped a bombshell over the weekend when he revealed that veteran Columbus Blue Jackets defenseman Seth Jones had informed the Blue Jackets of his decision not to re-sign with the team. Friedman reported at the time that Jones was looking to test free agency at the end of his contract, a devastating blow to the organization that was rumored to be giving consideration to making him the next captain of their franchise.

"Well we can tell you that sometime in the last week or so, Seth Jones informed the Columbus Blue Jackets that he will not be re-signing," said Friedman over the weekend. "Now I'm saying for now at this point because I don't like to deal in absolutes, but it does appear as if he is prepared to test free agency and we will see how Columbus decides to handle this over the next little while."

Since that report those rumors have all but been confirmed via various NHL insiders and arguably the best Blue Jackets reporter in the business, The Athletic's Aaron Portzline, shared even more details on what is now believed to be the impending trade of Seth Jones. Portzline has revealed that he expects Jones will likely be traded either prior to the National Hockey League Entry Draft or possibly at the draft itself, and on Monday Portzline dropped the names of three teams he believes have emerged as early candidates to land the coveted blue liner.

At the top of the list are the Los Angeles Kings, an organization that he believes can offer the Blue Jackets the best package of picks and prospects in exchange for Jones. Given that Portzline believes the move that makes the most sense here for Columbus is to rebuild moving forward, I can see why he rates the Kings as his "early favorite".

The Kings are not alone in the race however as two other teams were also named by Portzline with those being the Chicago Blackhawks and the Montreal Canadiens. Although Portzline has the Kings rated as his current favorite to land Jones, he suggested that both the Blackhawks and the Canadiens should be considered "major players" for this potential trade.

According to Portzline two teams have already contacted the Blue Jackets on the matter, although he did not reveal which two teams those are at this time.