NHL News : Rumor: The Seattle Kraken may have already picked out their goaltender.

Sources say the Kraken have picked out their target.

Published on Sunday, May 2 2021 by HockeyFeed in NHL News 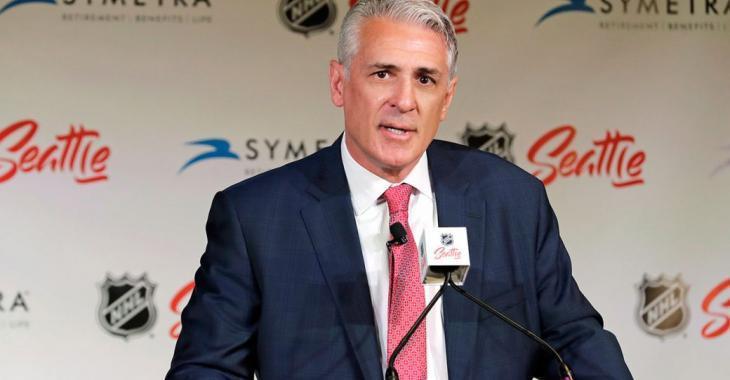 Although we are still months away from learning the names of the players that will make up the inaugural Kraken roster, rumors have already begun to circulate about some of the names that could make the list. The latest on that front comes courtesy of Toronto Maple Leafs insider James Mirtle who dropped a very interesting nugget of information during his most recent mailbag, a nugget about which goaltender the Kraken are likely eyeing for that upcoming draft. Interestingly enough it sounds like, at least in this case, teams around the league have nothing to fear because the Kraken may be eyeing a soon to be free agent.

According to Mirtle, sources have informed him that the Kraken "likes" Florida Panthers goaltender Chris Driedger and frankly it's not very difficult to see why. First and foremost Driedger will be an unrestricted free agent at the end of the season and is currently earning a very modest salary by NHL standards at $850,000 per season. Additionally with the cap remaining flat next season the Kraken will have far more cap space at their disposal than just about any other franchise in the league, which could make it very easy for them to lure just about any free agent on the open market this summer.

Not only will he be a free agent, but Driedger has been very good over his last two seasons with the Panthers although admittedly he has done so while taking on a limited role for the team in goal. Last season Driedger appeared in just 12 games for the Panthers but posted a very impressive 2.05 goals against average and a .938 save percentage and his numbers have once again been good this season. This time around Driedger has been limited to 22 games, due in part to the shortened season caused by the pandemic, but his numbers are again impressive with a 2.17 goals against average and a .923 save percentage.

It remains to be seen if he can take on the workload of a full 82 game season in the National Hockey League, but according to Mirtle it sounds like the Kraken plan on putting that to the test.

Report: John Davidson may already have his next job waiting for him
Subscibe to
Our NEWSLETTER
Receive the best articles of the web directly in your email