Big changes on the horizon. 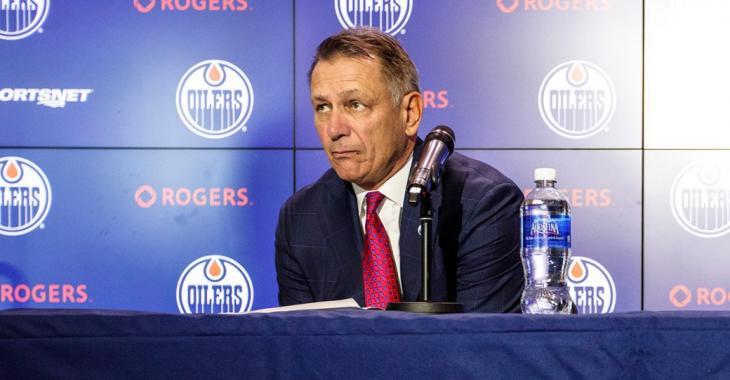 The Edmonton Oilers have largely secured second place in the National Hockey League's North Division but that does not mean that the team will be resting on their laurels moving forward. It sounds like general manager Ken Holland has been busy and there are indications that the Oilers will be making some significant roster moves, as well as changes to their lineup, in the coming week.

We'll start with what we know for sure. Oilers first round pick (8th overall) at the 2019 NHL Entry Draft Philip Broberg is set to join the team this week with his season in the Swedish Hockey League wrapping up, although thus far it has only been announced that he will be joining the team's taxi squad. It sounds like there is an expectation he could be used in the playoffs, but thus far there has been no official announcement from the Oilers on when fans can expect to see him officially enter the lineup.

Oilers insider Mark Spector is reporting that another move is expected to be on the horizon as well, again not officially announced by the Oilers just yet, with Spector reporting that 22 year old goaltender Ilya Konovalov is expected to sign his entry level contract sooner rather than later. Konovalov is coming off another solid season in the KHL with a 2.29 goals against average and a .923 save percentage over 19 games, and it sounds like the former third round pick (85th overall) at the 2019 NHL Entry Draft is ready to prove what he's got in North America.

I mentioned lineup changes as well and we've got some interesting ones. Head coach Dave Tippett has indicated that the Oilers will be giving goaltender Mikko Koskinen some starts this week against the Canucks, and that may not be such a good thing. Although Koskinen as struggled with consistency, since taking on a lesser role in the team he has performed admirably when called upon. In his last outing he faced the Winnipeg Jets on April 28th, recording a .967 save percentage while stopping 29 of the 30 shots he face. He was good in his previous start as well on the 7th of April against the Ottawa Senators stopping 28 of 30 shots faced for a .933 save percentage. Those both represent a significant uptick over his numbers this season, so perhaps Koskinen plays well when getting significant time to rest between games.

It also sounds like we can expect to see Jujhar Khaira get some games against the Canucks, in spite of the fact that like Koskinen he has spent the majority of his time on the sidelines as of late. Khaira has not played since the 19th of April but Dave Tippett revealed that he expects Khaira to be in the lineup at some point this week.

Carter Hutton injured after being run over in net.
Subscibe to
Our NEWSLETTER
Receive the best articles of the web directly in your email