Suter may already have a destination in mind. 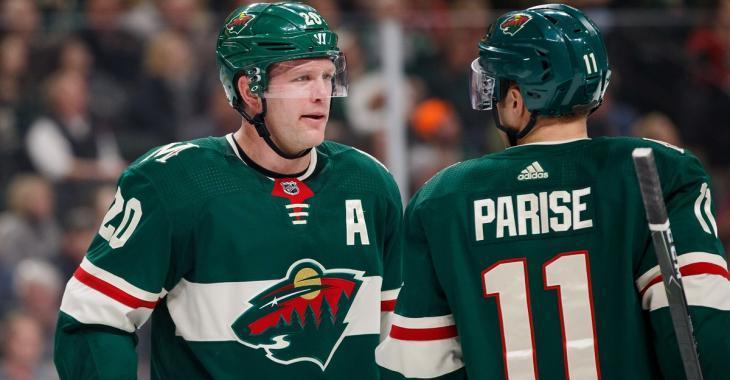 The Minnesota Wild pulled off a big surprise at the start of the offseason when Wild general manager Bill Guerin moved forward with a buyout of both star forward Zach Parise and star defenseman Ryan Suter, two players who have been pillars of the franchise for the better part of the last decade. Many had anticipated that a buyout could be coming Parise's way given his hefty contract and the noticeable decline in his on ice performance, but the buyout of Suter had not been anticipated in such a manner considering that he is still a very good defenseman at the National Hockey League level.

The question following the buyout has become where will these two former Wild stars land and perhaps more importantly what type of salary will they command after being bought out of a contract that previously saw them come in at a cap hit of just over $7.53 million per season. Many have linked both men to the New York Islanders and general manager Lou Lamoriello, who has made previous attempts to acquire Parise from the Wild, although the Islanders may still be where Parise lands in the end it sounds like Suter may have other plans in mind.

News from Dallas Stars reporter Saad Yousuf has now revealed that Suter and the Dallas Stars have mutual interest in working out a deal together, although Yousuf has not hinted or speculated on what that deal could look like. The Stars are just one season removed from a run to the Stanley Cup Final and no doubt believe their window to contend remains open at this time, and the addition of a veteran like Suter to their blue line would certainly provide them with solid depth on the back end during a playoff run.

In spite of the fact that the Wild have struggled at times during his tenure there, Suter had consistently been a reliable blue line option for the organization and despite being 36 years old no doubt has a couple more seasons of that under his belt. In his most recent campaign for the Wild he appeared in 56 games, scored 3 goals and added 16 assists to finish the season with a total of 19 points, 12 penalty minutes and a plus minus rating of +9.