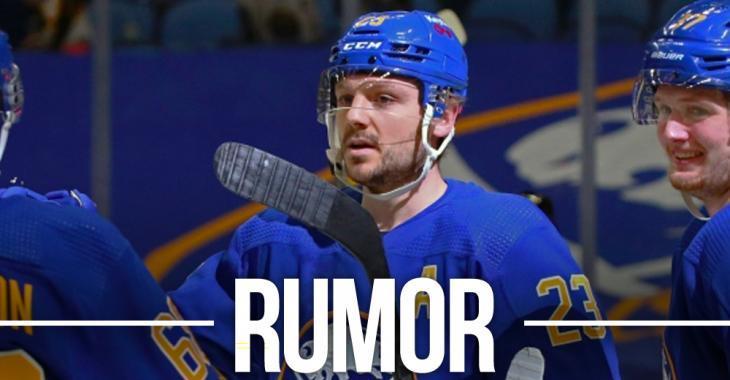 If you're a Buffalo Sabres fan, I wouldn't go investing in any Jack Eichel or Sam Reinhart merchandise this offseason.

Eichel, the Sabres' captain, finally met with the media today to close out the Sabres season and you didn't exactly have to read between the lines to see that the 24 year old is seeking a change of scenery. It's been a rough go for Eichel in Buffalo almost since the start of his career and if this season showed us anything it's that the Sabres are still a long, looooong ways away from contending. With time ticking on Eichel's prime years, you can hardly blame him for being fed up.

From John Vogl of The Athletic:

Buffalo will need a new captain. The bridge between Eichel and the Sabres is engulfed in flames, and it's hard to imagine it'll be salvaged. Eichel has been a fitness freak since his teen years, and he's furious the team is telling him what he can and can't do with his body. The trust is shattered. And that's just one angle. Add in six seasons without even a sniff of the playoffs and Eichel is clearly ready to move on. He's as good as gone.

He's history, right? It's clear to me that he's sick of being jerked around. He's sick of the directionless approach the team takes. He's sick of it all. And frankly, after six wasted seasons who can blame him?

And if that wasn't bad enough, former 2nd overall pick Sam Reinhart seems to also have one foot out the door.

Check out these quotes from Reinhart on his future with the team:

"In terms of future, don't really have much for you right now. I'm going to take some time and that stuff's going to get figured out when the time comes... No one wants to go through a rebuild, especially going into next year turning 26 at the start of it or close to the start of it. It's tough not being able to play meaningful games down the stretch."

The 25 year old's one year, $5.2 million contract expires this upcoming offseason and Sportsnet NHL insider Elliotte Friedman that "more than one western Canadian team" has interest in the West Vancouver born and raised Reinhart.

Eichel overshadowed everything else from Buffalo, but two other year-end media goodbyes were notable. Sam Reinhart didn’t reveal much and looked like he’d rather be eating lit cigarettes. Asked if he wanted to stay, he replied, “I don’t really have much to say right now. Gonna take some time, that stuff’s going to get figured out when the time comes.”

Rasmus Ristolainen said that if Adams traded him, “I’m fine with that.”

That’s really, really bad. Reinhart was 10th in the league with 25 goals. Ristolainen had every excuse to bail on the year after a rough case of COVID. Both of them played hard, even when there was no playoff spot to play for. Reinhart’s been there six years, Ristolainen eight. Those are two guys the Sabres invested in, and, one year from unrestricted free agency, both can’t wait to leave.

More than one western Canadian team would love to have Reinhart, born and raised in West Vancouver.

The Vancouver Canucks, Edmonton Oilers and Calgary Flames all have cap issues and would need to clear space to accomodate Reinhart, but he'd be a tremendous fit on all three clubs, both now and for the future.