A big change up the middle on the horizon for Edmonton? 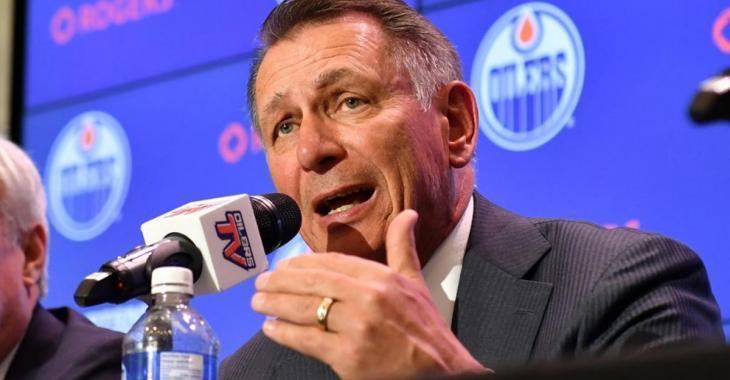 The Oilers have simply failed to achieve any real success in the postseason in spite of having arguably the best player in the world at their disposal in the form of captain Connor McDavid, and there's no doubt in anyone's mind that changes must be made to avoid wasting McDavid's prime years in the league. You can hardly blame current general manager Ken Holland for the Oilers lack of success, Holland has had very little to work with in terms of cap space since joining the team and inherited a number of bad contracts courtesy of former Oilers general manager Peter Chiarelli, but this upcoming offseason could be when Holland truly leaves his mark on the team.

In a recent article for the Toronto Sun, controversial columnist Steve Simmons called on Holland to make some bold moves in the offseason. Those moves would include targeting one of the top forwards from that same Canadiens team that swept the Jets, with Simmons suggesting the Oilers should let Ryan Nugent Hopkins walk away as a free agent and should instead target Montreal's Phillip Danault to replace him up the middle.

If I’m Ken Holland in Edmonton, I’m saying goodbye to Ryan Nugent-Hopkins and spending some of his free-agent money on Phillip Danault.

Danault has quickly earned a reputation as one of the hardest centerman to play against in the entire league and has excelled when it comes to shutting down top stars on opposing teams. Even Colorado Avalanche star forward Nathan MacKinnon sung his praises this season when he suggested that Danault should be a serious contender for the Selke.

"Danault. Such a good centerman, it's hard to get space on him," admitted MacKinnon. "I don't know if he's in Selke talks but he should be, hopefully he wins one. Good vs everyone not just me."

The ability to have McDavid, Danault, and potentially Leon Draisaitl all playing center would give the Oilers tremendous depth down the middle of the ice and could prove to make them a very difficult team to play against. As always however, the help they provide those players on the wing will be a concern as they move into another offseason with relatively limited cap space to work with.