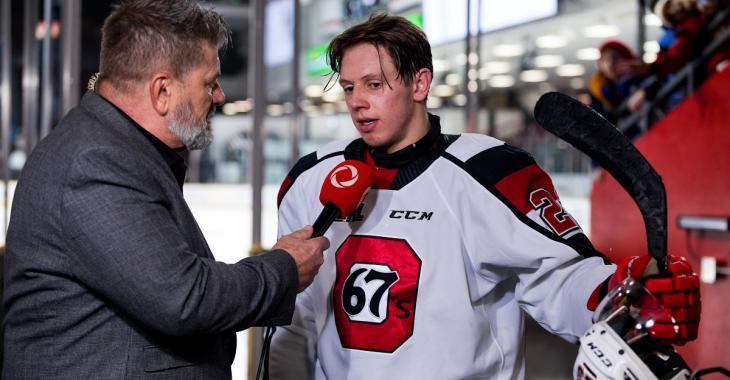 I gotta be honest there is just something about stories like this one that really drive home the meaning of sport for me, the purity of it all if you will.

I'm classifying this one as a rumor for now because it is still not 100% official at the time of this writing, but a pretty solid report from Minnesota Wild insider Mike Russo has indicated that Minnesota Wild prospect Marco Rossi appears set to defy the advice of the National Hockey League Players' Association. Speaking with Rossi's agent, Serge Payer, Russo was able to confirm that as of right now Rossi fully intends to leave for training camp tomorrow where he will train to represent his home country of Austria on the world stage.

Rossi will enter camp so that he can play later this month in the Olympic qualifiers that will see Austria fight for a chance to compete at the upcoming Winter Olympic Games, but the NHLPA has advised players against doing so for a variety of reasons. The foremost of those appears to be concerns around insurance and when you consider the fact that Rossi could risk injury at this tournament and could effectively cost himself millions if that injury were to sideline his NHL career, you can see why that is the advice they give to their players. For some however the risk of personal injury does not outweigh the honor of representing one's home country, and it would appear as though the young Rossi finds himself among those in that category.

Of course what makes this all the more interesting is that the 19 year old may not even get the chance to participate in the upcoming Winter Olympic Games as the NHL has not yet officially signed off on player participation in that tournament. The young native of Feldkirch, Austria has not yet appeared in a single NHL game during his professional career but he is currently under NHL contract on a 3 year entry level contract with the Minnesota Wild. In fact Rossi will be entering the second year of that ELC with the Wild when the 2021 - 2022 regular season kicks off.

A brave move, and an admirable one in my estimation.

Rumor: Crazy report of a blockbuster deal between Leafs and Sabres
Subscibe to
Our NEWSLETTER
Receive the best articles of the web directly in your email