NHL News : Rumor: Nazem Kadri's “stupid and goonish” behavior may have worn out his welcome in Colorado.

Kadri may have worn out his welcome. 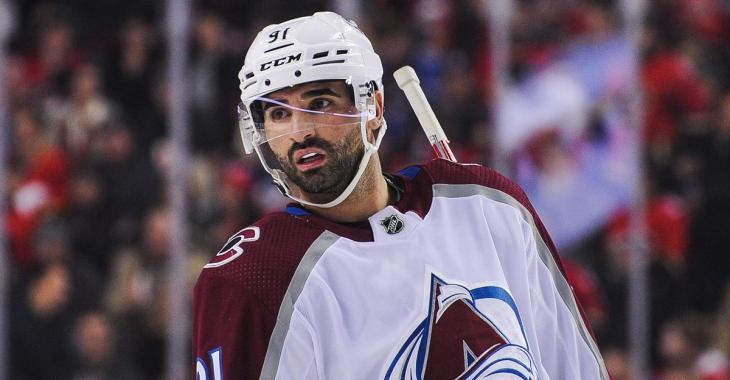 You don't want to be too harsh when talking about the behavior of professional athletes that you cover, but it's hard to described the behavior of Colorado Avalanche forward Nazem Kadri as anything other than idiotic. There's no questioning the man's skills on the ice but we've now reached a point in his career where you can no longer question the fact that he is just as likely to burn his own team come playoff time as he is to burn the opposition.

Late on Friday night the National Hockey League dropped the hammer on Kadri when their Department of Player Safety announced that he would be suspended for a whopping 8 games, a massive suspension when you consider the fact that those are likely to be 8 games in the Stanley Cup Playoffs. This marks the third time in the last 4 seasons that Kadri has hurt his team in the playoffs by losing his cool and acting recklessly on the ice, and it sounds like the Avalanche may soon make the same decision the Maple Leafs made a little less than 2 years ago.

Recently Peter Baugh suggested in The Athletic that the Avalanche could choose to trade Kadri in the offseason or perhaps even leave him exposed in the expansion draft given that it is clear now that he cannot be relied upon during the most important games of the year.

The team could consider moving on from Kadri, either by exploring trade options or leaving him unprotected in the expansion draft.

Mark Kiszla of the Denver Post went a step further and suggested that the Avalanche should wash their hands of Kadri effective immediately, even going so far as to scratch him in the playoffs should they remain in contention long enough to allow his suspension to run its course, less he tarnish the organization with shame yet again in the future.

If center Nazem Kadri ever wears a Colorado Avalanche sweater again, it will be too soon. His repeatedly stupid and goonish behavior on the ice can no longer be excused or tolerated... It’s time for the Avs to cut ties with Kadri. ASAP.

The Toronto Maple Leafs never officially confirmed that their decision to trade Kadri had come as a direct result of him earning back to back suspensions in the playoffs but that was indeed the rumor at the time. The Leafs may have come to believe that Kadri could not be relied upon at the most critical time of the season,  something his latest suspension would seem to support, and that may be a lesson that the Avalanche have just learned the hard way.

Jacob Bernard-Docker takes two blows to the head after refs refuse to blow the whistle.
Subscibe to
Our NEWSLETTER
Receive the best articles of the web directly in your email