NHL News : Rumor: Maple Leafs could lose two players in the next 48 hours. 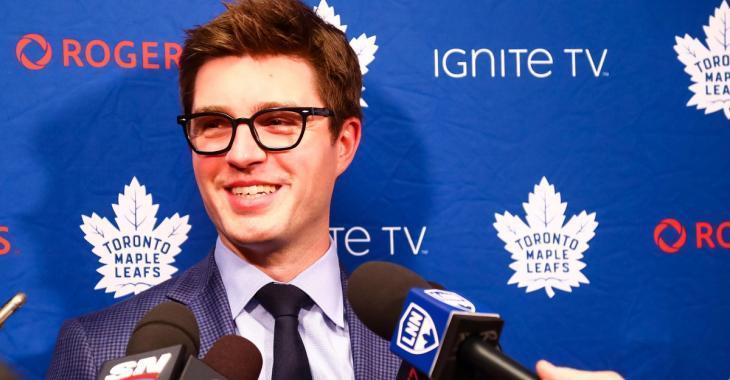 The time for making your final roster moves ahead of the National Hockey League regular season is at hand, and in the case of the Toronto Maple Leafs those decisions could have a permanent impact on their roster moving forward.

On Saturday night NHL insider Elliotte Friedman revealed his belief that the players are in danger of losing a pair of players in the coming days. Specifically Friedman named veteran forward Kurtis Gabriel, who was placed on waivers earlier today, and 25 year old centerman Adam Brooks as players the franchise could lose sooner rather than later.

The fact that Gabriel was placed on waivers today is an indication that he will not make the Leafs final roster and, although the Leafs have not made any kind of announcement in this regard, Friedman believes Brooks will share the same fate. Friedman noted that Pierre Engvall was given the start tonight in favor of Brooks, a decision he believes indicates that Engvall has earned the final roster spot over Brooks.

"The fact that Engvall is in the lineup tonight and Brooks is not, that says to me that Engvall has probably won the final spot on the team," said Friedman. "Brooks did not go on waivers today, I'm wondering if that's gonna be tomorrow, and I am also wondering if the Maple Leafs are legitimately concerned that they are gonna lose him. I think there will be interest if it happens."

That explains teams wanting to grab Brooks, but what about Gabriel? The veteran enforcer did not exactly look great in training camp with the Leafs, but Friedman believes another team that may have just lost their own enforcer could come calling for Gabriel.

"They did put Curtis Gabriel on waivers today and I think some people are wondering, depending on the Ryan Reaves injury, if the Rangers might do that."

The loss of Brooks especially could test the Maple Leafs depth up the middle, and no doubt they intended to keep Gabriel around for games that call for having an enforcer in the lineup. We will have to wait and see if Friedman's concerns were warranted or not.

A change of plan for Mike Babcock? NHL return this season?
Subscibe to
Our NEWSLETTER
Receive the best articles of the web directly in your email