NHL News : Rumor: Kessel to Oilers in a deal that would benefit both sides 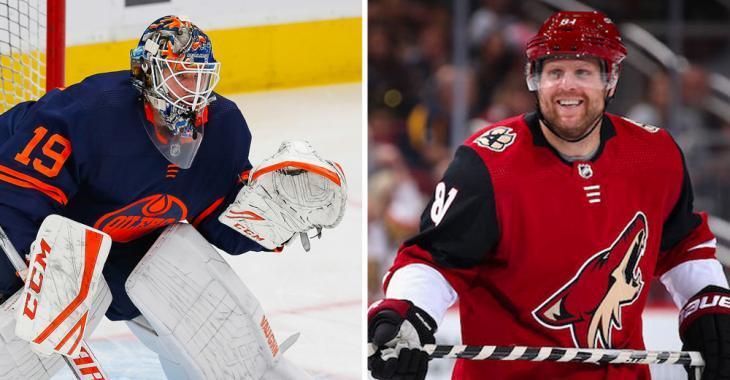 According to a third party, unsubstantiated report there could be some discussion between the Arizona Coyotes and the Edmonton Oilers concerning a Phil Kessel for Mikko Koskinen swap.

The report comes courtesy of Oilers "insider" Tracey Lane who has become something of a minor celebrity on Oilers social media for her cryptic, but sometimes very accurate, predictions. In this case Lane reports that her inside source who goes by the code name 'Garfield' has informed her that the Coyotes and Oilers have discussed a Kessel/Koskinen trade but whether or not it happens depends on the results of the 2021 NHL Expansion Draft next week.

I've got to say... from an Oilers perspective this makes a lot of sense.

Koskinen has one year left on a deal that pays him $4.5 million and... well he's mostly been relegated to the backup role behind 40 year old Mike Smith. The Oilers would do well to drop him from their payroll entirely, but there aren't too many teams out there looking to pick up an overpaid, mediocre netminder in today's NHL. Go figure...

As for Kessel, he makes a whopping $8 million this next season, the final year of a eight year, $64 million deal that he signed with the Toronto Maple Leafs in 2014. And if you think he's washed up... well think again. After a disappointing debut campaign for the Coyotes in 2019-20, Kessel bounced back in 2020-21 and put up 20 goals and 43 points in just 56 games. He managed just 38 points in 70 games the season prior. Of course, that's a far cry from the 30+ goals and 90+ points he was putting up during his time with the Pittsburgh Penguins, but there's reason to believe that Kessel still has the skill to produce points. And if there's one guy in the NHL who can keep up with Connor McDavid, it just might be Kessel even at age 33. While no one will ever mistake Kessel for a fitness freak or an Olympic swimmer, he's got wheels for days and can absolutely motor. More than that though, he has the ability to make plays at top speed which is a valuable asset if you're going to play with a burner like McDavid.