Confusion leads to a belief Brind'Amour has signed a new deal. 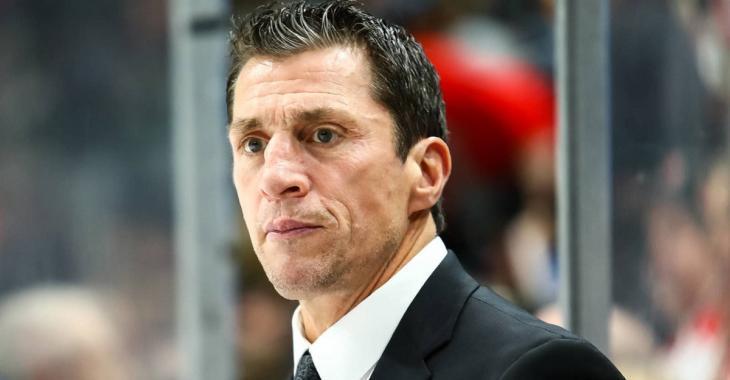 There has been a lot of talk surrounding the future of Carolina Hurricanes head coach Rod Brind'Amour, talk that began last weekend when reports surfaced of Brind'Amour putting a pretty serious ultimatum in place prior to signing any new deal.

That report came courtesy of National Hockey League insider Elliotte Friedman who had this to say on the matter:

"One of the stories I've been trying to get around to around the league this week involves the future of Rod Brind'Amour, the head coach of the Carolina Hurricanes," said Friedman last Saturday. "It seem to be a slam dunk, he's a great coach and the team is in an excellent place, really building in the right direction obviously. Well they don't have an extension done yet for next year and I understand that one of the biggest issues there is that Brind'Amour has asked, as much as he wants himself to get a contract extension, he also wants extensions for his coaching staff, training staff and the equipment staff which also are not signed for next year. He said as much as a priority his next contract is that is also an enormous priority for me. What he has told the organization is that he wants a situation where they are taken care of as well."

Now one week later Friedman is reporting that the deal has been consummated, claiming that the Hurricanes and Brind'Amour have come to terms on a new 3 year deal that will pay the head coach $1.8 million per year moving forward. Given the level of success that Brind'Amour has had with his roster and given some of the numbers that have been tossed around for coaches in the NHL as of late I would argue that this seems a little low, however Friedman is a very solid reporter so I suspect that his sources on this are good.

Update: Friedman may have broken the story prematurely, claiming to have received comment directly from the Hurricanes informing him that the deal is not officially done as of yet. In spite of that Friedman is sticking to his numbers, a 3 year deal that will carry an price tag of "approximately" $1.8 million per season.