Brassard back for another year. 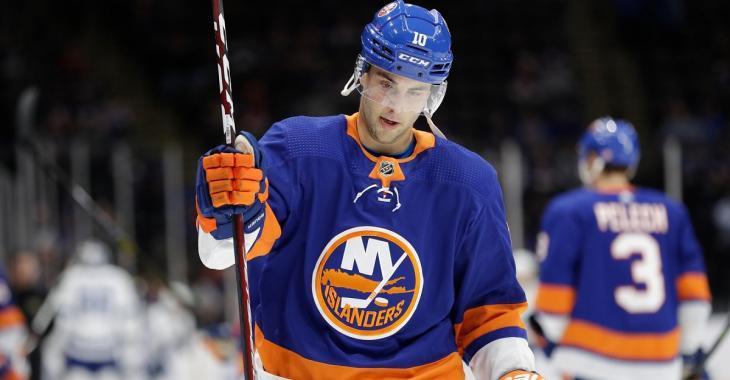 It seems as though National Hockey League veteran Derick Brassard has signed a brand new contract.

Although there has been no official announcement just quite yet on the part of any NHL organization, we do have a report from a former NHL player that claims this is a done deal. On Monday morning former NHL forward Guillaume Latendresse published a message on social media that indicated Brassard had just agreed to a 1 year deal with the Arizona Coyotes.

Although Latendresse is not an official source I do think it is relatively safe to suggest that he must have some inside knowledge of the inner workings of this deal. No longer in the NHL, Latendresse continues to remain a public figure in the French Canadian scene with his podcast "La Poche Bleue" and I doubt he would risk damaging his reputation by publishing a false story of this nature. Add to that the fact that Brassard himself is also French Canadian and it's not a huge leap to imagine that these two run in similar circles off the ice.

Just earlier today The Fourth Period's David Pagnotta reported that Brassard was getting close to signing a new deal in the coming days, indicating that interest in the veteran forward had been picking up. Pagnotta believed that there were several teams still interested at this stage, including Brassard's former team the New York Islanders, but it would appear that the Coyotes either presented the best offer or the best fit for Brassard moving forward.

Brassard has bounced around a ton in the latter stages of his NHL career, having played for the New York Islanders, Colorado Avalanche, Florida Panthers, Pittsburgh Penguins and Ottawa Senators all over just the last 3 seasons. Although not the player he once was during his peak with the New York Rangers, Brassard remains a serviceable centerman in the league and the fact that there were still several team vying for his services this late into the offseason is an indication of that fact.

His most recent campaign with the Islanders saw him record 10 goals and 22 assists for a combined 32 points and a plus minus rating of -2 on the season.

Patrik Laine leaves the ice in the middle of practice.

Nikita Gusev becomes a free agent days before the deadline.
Subscibe to
Our NEWSLETTER
Receive the best articles of the web directly in your email