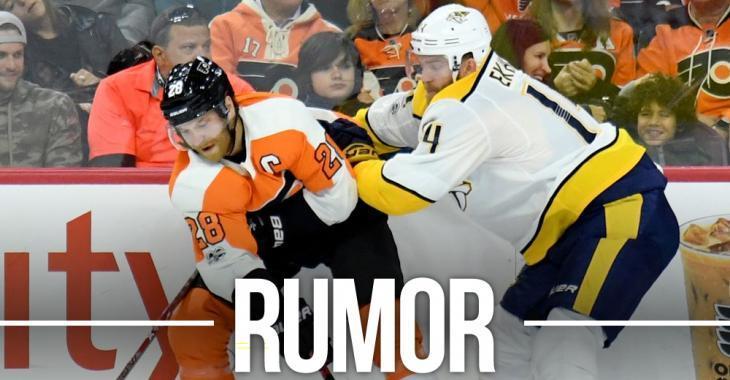 Safe to say that things haven't gone according to plan for the Nashville Predators this season...

The Preds, just a few years removed from a run to the Stanley Cup Final, are bottoming out this season and are just three points up on the sad sack Detroit Red Wings for last place in the Central Division. Sure, veterans like Filip Forsberg and Roman Josi are producing but the team's other prominent players just aren't picking up the slack. Matt Duchene, Mikael Granlund, Ryan Johansen and Viktor Arvidsson have all woefully underperformed this season and, as a result, have found themselves on the trading block.

To me though, maybe the best trade target on the Preds' roster is Mattias Ekholm. The 30 year old blueliner might not be producing points, but he's still a premier shutdown defenceman and NHL insider Pierre LeBrun lists the Philadelphia Flyers, Boston Bruins, Winnipeg Jets and Washington Capitals all as interested parties should Ekholm become available.

In his latest column for The Philadelphia Inquirer, Flyers insider Sam Carchidi takes a deeper look at Ekholm and how he might fit into the team's lineup.

Nashville’s Mattias Ekholm, 30, is probably the most interesting veteran defenseman who might be on the market and would fit with the Flyers. The Sweden native is sidelined with a lower-body injury, but is getting closer to returning.

The shot-blocking, 6-foot-4, 215-pound Ekholm can be a first- or second-pairing defender, has a team-friendly contract ($3.75 million for this season and next season), and is a steadying player the Flyers need on the back end. In his 10 years with Nashville, he has averaged 21 minutes, 28 seconds of ice time.

The negatives: He’s left-handed — the Flyers would prefer a righty — and his acquisition might play havoc with the team’s protection plans for the expansion draft. It would probably take a high draft pick and a quality prospect to acquire Ekholm.

No doubt about it, Ekholm would give the Flyers some much needed stability on the blueline. And if you're not sold on Ekholm's value, just asking Preds goalies Pekka Rinne and Juuse Saros how they feel about the guy. There's no doubt that Flyers goalie Carter Hart could use a guy like Ekholm around to help clean things up. Thoughts, Flyers fans?

Breaking: NHL players set to sue Gary Bettman and the NHL
Subscibe to
Our NEWSLETTER
Receive the best articles of the web directly in your email