NHL News : Rumor: Evgeni Malkin back on the trading block? 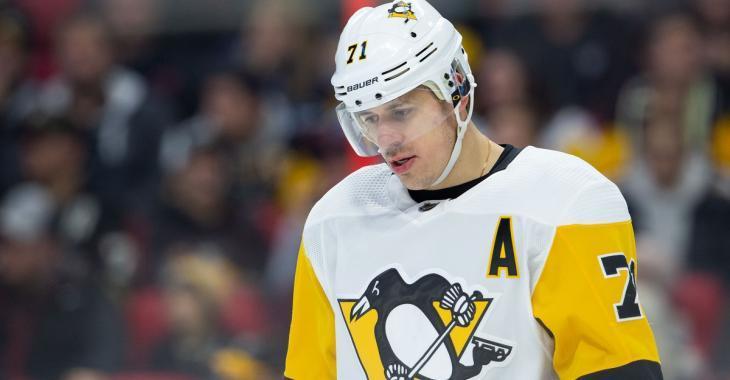 The Pittsburgh Penguins are now under new management with the hiring of two veteran National Hockey League executives in Brian Burke, their new president of hockey operations, and Ron Hextall, their new general manager. The moves have largely been celebrated and the question on everyone's mind now is what comes next?

On Saturday Brian Burke provided a little hint in that regard when he revealed that both he and Hextall had agreed that the team was in "win now" mode for this season, adding that this would be reevaluated at the end of the year.

"Well we've agreed we're gonna see what we can do with this group," said Burke on Hockey Night In Canada. "It's win now if we can with this group, we've got to do some things if we're gonna be able to do that, but it's win first. Then we've got some tough decisions next summer, and we will deal with those when we get there."

What could those 'tough decisions' look like? Could we see a member of the Penguins big three, Sidney Crosby, Evgeni Malkin and Kris Letang traded? Well on the most recent edition of the Madden Monday podcast, infamous Pittsburgh radio personality Mark Madden indicated that Geno could very well be back on the trading block.

Keep in mind that just one week ago Madden had declared Malkin "untouchable", something that has seemingly now changed under the Penguins new leadership.

"Since I said that, I since a bit of a disclaimer from somebody who would know saying 'Geno is not likely to be traded, Mario doesn't want to, but that could be up for review' the only true untouchable is Sid," said Madden on his podcast.

Malkin of course has full trade protection in his current deal which would require him to agree to any trade before it could be completed by the Penguins, but Madden believes that Malkin could be convinced to waive that clause, specifically if it landed him on a team in Florida.

"Can I be blunt? I think it will be whatever his wife tells him to do," said Madden. "I think she would love for Geno to go to Florida."

Now that may sound a little crazy to the uninformed on the surface but, when you consider the fact that Malkin's wife and child live in Miami, Florida full time, it suddenly becomes a much more realistic idea. That being said Madden believes that Malkin will not be asking for a trade, but rather would likely consider the move if the Penguins approached him asking for a trade.

Madden also believes that Penguins Sidney Crosby may have a say in this matter.

"I think if they tried to trade Geno he would be pissed off enough about that, that he would say 'ok go ahead and trade me' provided to it was where he wanted. Then again I don't think Sid wants Geno traded, in fact I'm sure he doesn't."

I'll be perfectly honest here, everything we've been hearing out of Pittsburgh over the last several weeks is that the team's ownership wants all 3 of Crosby, Malkin and Letang to retire as Penguins. While I don't believe that is the best long-term interest of the team from a competitive standpoint, I do think it will take an incredible offer to convince the Penguins to trade any of those players.

DeAngelo requests a demotion to AHL, Rangers reject it
Subscibe to
Our NEWSLETTER
Receive the best articles of the web directly in your email