The Sabres are going to get HOSED here, aren't they? 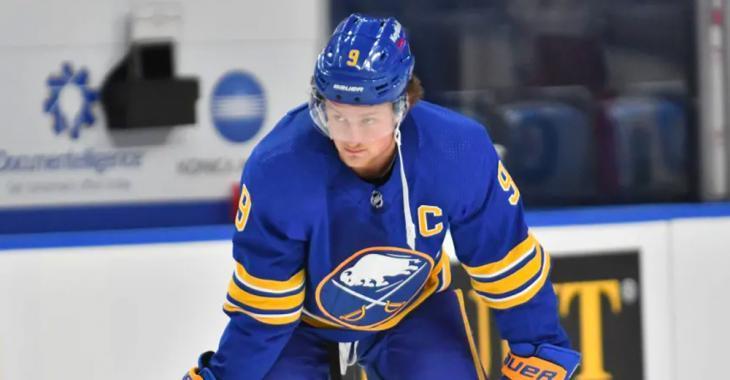 Sportsnet NHL insider Elliotte Friedman was on Buffalo's WGR 550 radio this morning where he dropped some absolute bombs in his latest update on Buffalo Sabres captain Jack Eichel and his ongoing trade saga.

Up first, Friedman reports that frontrunner the Los Angeles Kigns appear to have fallen out of the bidding for Eichel. Friedman cites Kings insider John Hoven who reports that indeed the Kings have turned their focus elsewhere.

If John Hoven writes that the Kings are out on Sabres captain Jack Eichel, then there's a greater than 0% chance that that's exactly what's happening. If he's writing that, someone is very legitimately telling him that.

That's obviously a big, big problem for Sabres GM Kevyn Adams. After all, there are very vew teams out there with the cap space and the trade assets to acquire Eichel this offseason. If the Kings are out of the running... who does that leave left? The New York Rangers?

But hold on Sabres fans... the news gets worse.

Friedman reports that it's not just the Sabres who disagree with Eichel and his insistence to have neck surgery, it's other GMs around the league. More than that though, it's believed that Eichel's stubbornness could end up costing the Sabres on the trade market.

At the end of the day, I don't think the Sabres want to bring back Jack Eichel. They want to move on.

Are... are the Sabres doing the old, "You can't quit, you're fired!" routine with their captain? Because that's what it sounds like to me.

Frankly, it's absolutely insane to not want Eichel in your lineup, but then again it's safe to say there's some bad blood between the Sabres and their captain. If the relationship is as toxic as it appears from the outside than Adams might be wise to just cut the cord and get whatever he can for Eichel this offseason because it doesn't look like the asking price is going to increase as time wears on.