NHL News : Rumor: Ducks captain Ryan Getzlaf could be on the move.

Getzlaf back in the rumor mill.

Published on Monday, April 12 2021 by HockeyFeed in NHL News 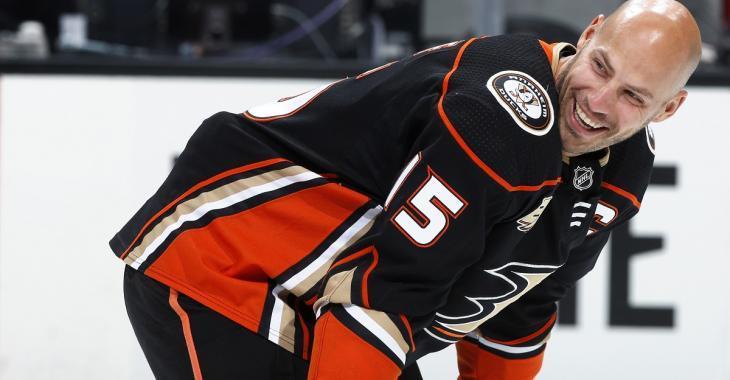 Surprisingly enough the name of long time Anaheim Ducks captain Ryan Getzlaf has been mentioned a few times in the rumor mill over the last several days. The first big rumor suggested that the Montreal Canadiens had expressed interest in bringing in Getzlaf, a move that would have reunited him with former teammate Corey Perry, but those rumors quickly fizzled away when it was suggested that Getzlaf had used his full no movement clause in order to nix any potential trades ahead of the deadline.

The problem here of course is that I simply do not see a world in which this trade can materialize, not unless the Golden Knights are prepared to do something drastic in order to make it happen. Getzlaf currently carries a cap hit of $8.25 million and the Knights have absolutely no chance of fitting that contract under the salary cap, although perhaps some salary retention could make that much more likely.

The trade would have to be like some of the 3 team trades we saw over the weekend, one in which two separate teams retain the maximum allowable 50% of Getzlaf's contract in order to make him fit under the cap for the Golden Knights. Even in this scenario the Golden Knights would need to clear additional cap space on their roster before bringing in Getzlaf, so although this one is definitely a possibility I suspect it is something of a long shot.

Getzlaf has 3 goals and 12 assists for 15 points over his 37 appearances in the regular season, and I do wonder if the Golden Knights are truly prepared to give up assets to multiple teams in order to bring in the 35 year old veteran centerman.