That is very steep. 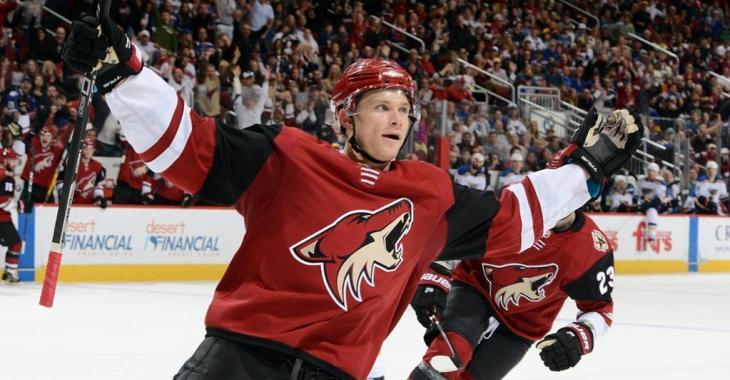 It seems like Arizona Coyotes general manager Bill Armstrong has had a clear mandate this offseason: trade everything.

The Coyotes have made a number of huge deals over the course of the offseason so far, stockpiling a hoard of draft picks from around the National Hockey League in an effort to build up the organization's prospect pool and in an effort to move the team towards its latest rebuild. Several of the Coyotes' very best players were traded over the course of the summer, including veteran goaltender Darcy Kuemper, star defenseman Oliver Ekman Larsson, and most recently veteran center Christian Dvorak.

It hasn't just been the Coyotes roster that has been traded away however, Armstrong has also utilized his cap space to acquire a bevy of draft picks including transactions that brought in Andrew Ladd from the New York Islanders and Shayne Gostisbehere from the Philadelphia Flyers, both deals that netted the franchise multiple draft selections in the process.

In spite of the seemingly huge number of moves for a single offseason however, it would appear as though Armstrong's fire sale may not have yet come to a close. On Monday, National Hockey League insider David Pagnotta was a guest on the NHL Network and it was during that appearance that he revealed the Coyotes were trying to trade another one of their premier players. According to Pagnotta, the Coyotes have also placed veteran defenseman Jakob Chychrun on the trading block but the NHL insider also added that the asking price for this particular player is astronomical.

Pagnotta revealed that Bill Armstrong is seeking two first round picks in exchange for Chychrun, a price that will give just about every team in the NHL pause when it comes to this potential trade.

That being said there is no question that the 23 year old former first round pick (16th overall) at the 2016 NHL Entry draft is a highly respected defenseman around the National Hockey League. In his most recent season for the Coyotes he set a career high for goals (18), assists (23) and points (41) and did so while appearing in just 56 regular season games.

No doubt the fact that Chychrun is also on a great contract is playing into Armstrong's asking price here. The veteran blue liner is set to enter the third year of a 6 year deal this season, one that carries a very manageable cap hit of $4.6 million per season throughout the length of the contract.

Update: Coyotes insider Craig Morgan has shot down this report.

Multi-player monster trade between Canucks and Coyotes which includes 1st round pick tonight!
Subscibe to
Our NEWSLETTER
Receive the best articles of the web directly in your email