Another miss from Jim Benning. 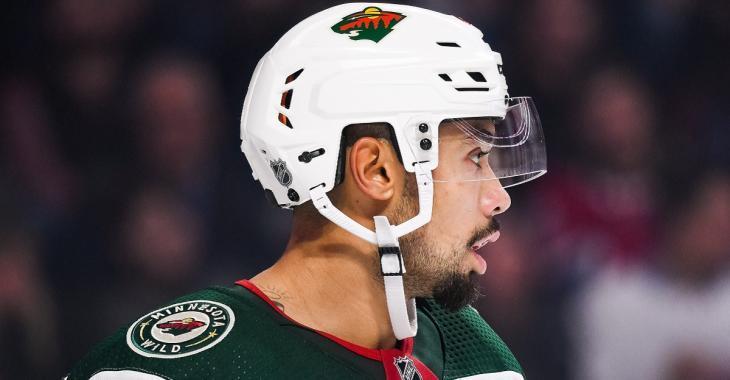 The Vancouver Canucks are not having a good season and it's hard not to point the finger of blame at general manager Jim Benning who had himself a pretty poor offseason.

Although the Canucks were linked to some big moves, with perhaps the biggest being the attempted acquisition of Coyotes defenseman Oliver Ekman Larsson, none of the moves that were rumored had materialized for Benning and Co. once the dust had settled. Sure you could point to the fact that the Canucks did trade for defenseman Nate Schmidt, but with all due respect to Schmidt that was hardly the type of blockbuster movie that is going to win you an offseason and it felt like that was very much the Canucks settling after missing out on bigger targets.

Oliver Ekman Larsson wasn't the only big name that Benning missed out on however, there were also a number of rumors that linked the Canucks to Minnesota Wild defenseman Matt Dumba. At the time there were reports that forward Brock Boeser had been discussed as a possible return for Dumba, but a recent report from the Fourth Period's David Pagnotta has shed some light on more details of that ill fated deal.

According to Pagnotta it was rookie netminder Thatcher Demko that the Wild would have shown interest in, and a source has reportedly confirmed to Pagnotta that the Wild's price for Dumba included Demko in their ask. The negotiations for this deal would have taken place prior to the free agency period, which means that the Canucks at the time would have still had the option of re-signing veteran netminder Jacob Markstrom had Demko been dealt to the Wild, although with Dumba on the roster I don't see how the Canucks would have found the money to get that done.

We now know that neither the Ekman Larsson deal nor the Dumba deal would ever materialize for the Canucks in the end, and although there were no doubt good reasons for both it's not hard to imagine how either player could have helped improve the current Canucks blue line.

For those of you who are pointing the finger at general manager Jim Benning and hoping to see him ousted, it sounds like you're going to have to wait for some time before any significant changes are made to the organization.

Corey Crawford has officially retired.
Subscibe to
Our NEWSLETTER
Receive the best articles of the web directly in your email