Problems in Vancouver continue to get worse.

Published on Sunday, April 4 2021 by HockeyFeed in NHL News 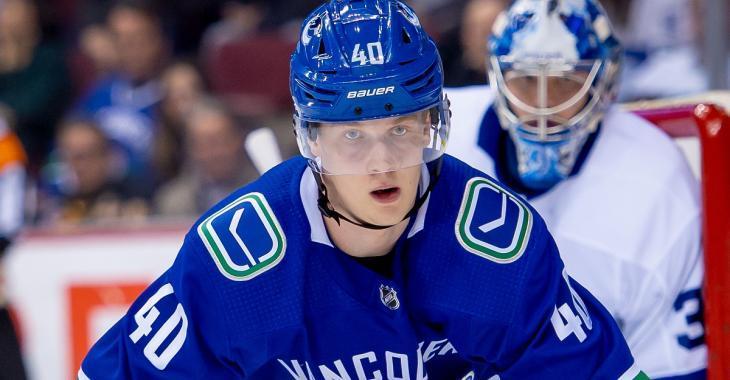 The situation with the Vancouver Canucks is a dire one and as we reported on Saturday it could be one that has an impact on the rest of the league as they wrap up the regular season and prepare for the playoffs.

The problems for the National Hockey League could start long before then however, as we now have our first report that suggest the players themselves may be weighing the option of potentially throwing in the towel on this current season. The report comes courtesy of Canucks insider Rick Dhaliwal of CHEK in Victoria who, citing a source close to the Canucks situation, revealed that there are indeed questions about whether or not to continue playing.

"This is the first wave of it where I’ve heard guys really question whether it’s worth playing or not," said the source.

There has already been talk about whether or not the season could come to an end early for the Canucks, but this is the first indication we have that there are those within the team that are seriously weighing this as a possibility. You can hardly blame them with reports of players unable to get out of bed, family members getting sick as well, and even reports of medical staff having to travel to players homes in order to administer an IV treatment in one extreme case.

On Saturday night, during the Hockey Night in Canada broadcast, NHL insider Elliotte Friedman touched on the possibility of the season coming to a premature end for the Canucks and it sounds like the NHL is at the very least prepared for the possibility that this could happen.

"One of the questions that Chris and I have been asking is, is there any chance that the Canucks don't play again this year" said Friedman. "If we get to a point where the recovery does not allow it, the NHL will look at the situation then."

Excluding games that have already been delayed this season, the Canucks still have 15 games remaining on their schedule to close out the season and it seems extremely unlikely now that those will all get played. The good news here for the NHL is that the Canucks did not appear to be playoff bound this season which should make the handling of this somewhat easier, but they did have games scheduled against playoff teams and that could have a big impact on the standings moving forward.

I am honestly very curious to see how the NHL plans to wriggle out of this mess.