Canadiens had many options. 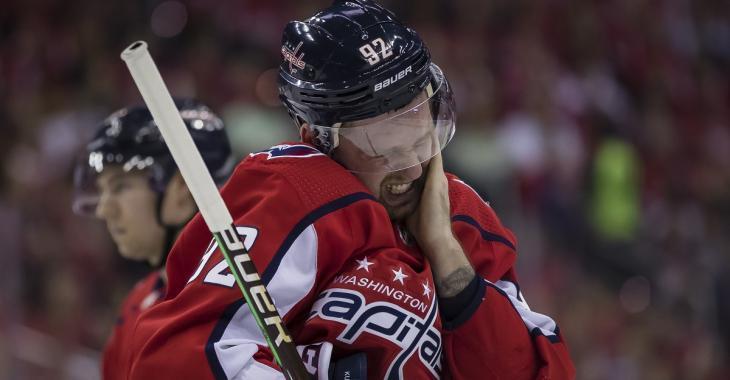 The Carolina Hurricanes pulled off one of the biggest moves in recent National Hockey League history this week when they snatched away talented young ceterman Jesperi Kotkaniemi with an offer sheet. The now former Canadiens centerman agreed to sign the offer sheet just two years after Montreal made a similar move in trying to offer sheet Hurricanes' forward Sebastian Aho, although the Canadiens were not successful in that bid.

Although you would expect fans in Montreal to be largely disappointed at the news, that disappointment was tempered by the fact that the Canadiens took part of the compensation they received from the Hurricanes' offer sheet and acquired a new centerman of their own in Christian Dvorak. It was rumored for several days that Dvorak would be on his way to Montreal but in spite of those rumors it would appear that the Dvorak move was far from a foregone conclusion.

On the most recent episode of his podcast, NHL insider Elliotte Friedman revealed that the Canadiens and general manager Marc Bergevin were in fact in a mad scramble to find a center last week.

"[Bergevin] spent a week scrambling, or figuring out, what he was going to do at center," said Friedman on the podcast. "We said last Saturday when we tapped the podcast that we thought there was a legitimate chance that Montreal wouldn't match. As the week went on I began to believe more and more that they weren't going to match, which is what they obviously did, but then you know you're sitting there and you're looking at your roster... you can't just say 'Ok we're letting Kotkaniemi go and we're done' they had to have an alternate plan."

As it turns out it sounds like the Canadiens had several alternate plans that they were juggling as they scrambled to find a player that would adequately replace Kotkaniemi in their lineup in the event that they opted not to match the offer sheet put forth by the Hurricanes. Friedman shared a number of names that the Canadiens inquired about with different levels of certainty behind each claim. Friedman was sure on some of the names the Canadiens had talked about and somewhat less sure on some others, but the list includes the likes of Tomas Hertl of the San Jose Sharks, Evgeny Kuznetsov of the Washington Capitals, Sean Monahan of the Calgary Flames and of course Dvorak himself who they would eventually select as their prefered target.

"I think they went after a few guys, I think they asked about obviously Hertl, obviously Dvorak, I wouldn't be surprised if they asked Washington about Kuznetsov but it didn't make any sense because they are in win now mode... I'm sure they asked Calgary about Monahan," said Friedman.

The Montreal Canadiens certainly would look very different than they do now with Hertl, Monahan, or even Kuznetsov on their roster, but I suspect given Dvorak's ability to play both sides of the ice as well as his relatively affordable contract that this was the correct choice in the end.

Should the Canadiens have gone after one of the other centers mentioned here? Let us know your thoughts in the comments.