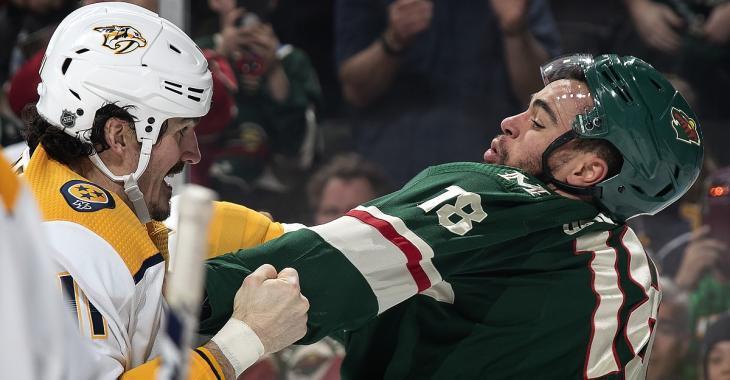 We have a feel good story to get your Monday morning off on the right foot.

There has been no official announcement just yet, but it sounds like veteran National Hockey League forward Brian Boyle has secured himself a new deal. The report comes from NHL insider Pierre LeBrun, who claims that the Pittsburgh Penguins will make the signing official on Tuesday, which is tomorrow at the time of this writing.

The Penguins announced back in September that they had signed Boyle to a professional tryout offer, also known as a PTO, for their upcoming training camp. It would appear that over the last month or so that Boyle has done enough to impress the Penguins management and coaching staff, with a deal seemingly on the horizon for the experienced veteran.

There's little doubt that this news will be received very positively by the hockey community, with Boyle becoming one of the most beloved figures in that community in recent years. Back in 2017 Boyle was diagnosed with cancer, and more specifically leukimia, a condition that forced him to put his career in the National Hockey League on pause. Much to his credit though, Boyle quickly won his battle with the disease and eventually made his return to the ice and has since played several more seasons in the NHL.

Even though it has been years since that original diagnosis, the hockey community has never stopped rooting for Boyle and every time he achieves another accomplishment such as this you can expect a very positive reaction. We wish him all the best on his new deal with the Penguins, and we hope that he can have another solid season in the NHL.

Thus far throughout his NHL career Boyle has appeared in 805 regular season games and has 130 goals and 101 assists to his name for 231 career points in the league. He has an additional 118 playoff games under his belt with 16 goals and 15 assists for 31 points over that stretch of play in the playoffs. Boyle will be looking to add to both totals this season as he joins a Penguins team looking to be a contender.

Three NHL veterans currently on “buyout watch.”
Subscibe to
Our NEWSLETTER
Receive the best articles of the web directly in your email