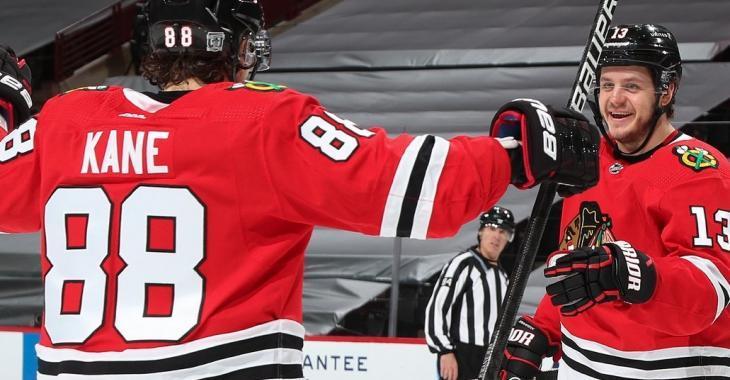 It is the time of year when a simple change to the lineup can signal something much bigger on the horizon, and this appears to be one of those moments.

According to a report from Chicago Blackhawks beat reporter Ben Hope of the Chicago Sun Times, the Blackhawks have made the move to bench veteran forward Mattias Janmark ahead of their matchup against the Columbus Blue Jackets on Saturday evening. The move, described by Ben Hope as an "organizational decision," would appear to signal that Janmark is on the verge of being traded ahead of Monday's National Hockey League trade deadline.

General manager Stan Bowman has indicated that the organization's focus is on the future moving forward and although his team is still within striking distance of a playoff spot, this move would appear to indicate that they will be sellers at the deadline rather than buyers.

Janmark, a 28 year old centerman out of Sweden, has been the subject of trade speculation for several weeks now and no doubt was signed by Stan Bowman with exactly this type of scenario in mind. After four seasons as a member of the Dallas Stars, Janmark was signed to a one year deal in the offseason by Bowman. Although the upcoming expansion draft for the Seattle Kraken was no doubt also a concern, I suspect that Bowman signed the deal with Janmark with the intention of trading him at the deadline should his team fail to make the playoffs.

Janmark has played his role well with 10 goals and 9 assists for a combined 19 points over 41 games this season with the Blackhawks, although his plus minus rating of -17 may give some teams pause when it comes to acquiring him.

Now to be clear the decision to scratch Janmark ahead of tonight's game does not necessarily mean that he will be traded, but there's almost no question that this is why he's being held out of the lineup. We've already seen the New Jersey Devils keep Kyle Palmieri out of the lineup this season prior to trading him to the New York Islanders, and the Buffalo Sabres are making a similar decision to keep forward Taylor Hall on the sidelines as they try to trade him as well.

Rumour: Latest development in Eichel trade saga “will cost him the entire season”
Subscibe to
Our NEWSLETTER
Receive the best articles of the web directly in your email