It's Don Cherry all over again. 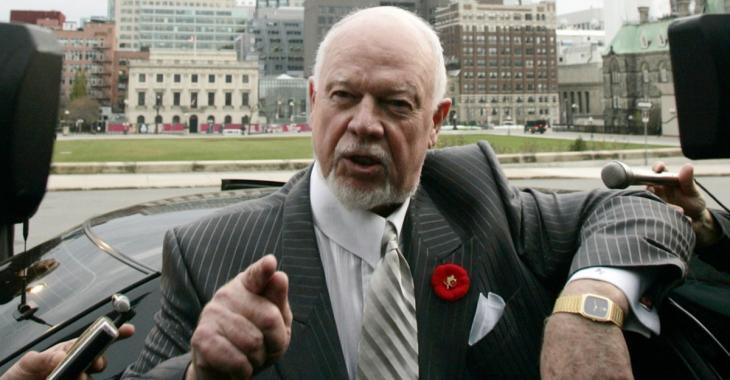 There seems to be something about on air personalities at Rogers' Sportsnet and Canadian holidays.

Although there has been no official announcement it would appear as though Joey Vendetta, radio host for Sportsnet's The Fan 590, has been disciplined by the company for comments he made during July 1st's Canada Day celebration. We don't know what level of discipline this entails at this time, but what we do know is that Vendetta's show did not air on Saturday afternoon which would appear to indicate that he has either been suspended or taken off the air entirely.

Again no official reason has been given for his sudden disappearance, however Vendetta was embroiled in something of a very minor controversy on Canaday Day when he made comments on social media that struck a very similar chord to ones made by Hockey Night in Canada's Don Cherry just a few months earlier. Vendetta was decrying those bashing his country, Canada, on Canada Day on social media but got in trouble for the following tweet:

"Happy Canada Day," wrote Vendetta on Twitter. "If it's so bad move elsewhere, many others ready to take your spot."

Much like with Don Cherry's comments at the time I do believe that Vendetta's comments came from a good place, a love of their country, however there's no doubt that the comments were not delivered in a very eloquent manner. Vendetta's tweet prompted backlash on social media including comments from fellow members of the media, with TSN's John Lu perhaps being the loudest voice to criticize Vendetta over the comments.

Vendetta quickly published an apology on social media but that tweet, and his entire Twitter in fact, have since been deleted.

"I would like to deeply apologize for my tweet on Canada day," he wrote. "I am very sorry for offending those of you hurt in any way. It was tone deaf and not meant with any malice, especially on a day many were mourning and questioning many things about Canada. Please accept my apology."

I may be naive here but like I said earlier I do believe the comments came from a good place but were unfortunately delivered in embarrassingly poor fashion. I'm glad Vendetta has apologized but given what happened to even a high profile figure like Don Cherry, I suspect that his apology may not be enough.

Facing elimination, the Florida Panthers hint at a shocking change in goal.
Subscibe to
Our NEWSLETTER
Receive the best articles of the web directly in your email