NHL News : Rumor: Alex Ovechkin will miss the start of the season.

Ovechkin's decisions may have cost him. 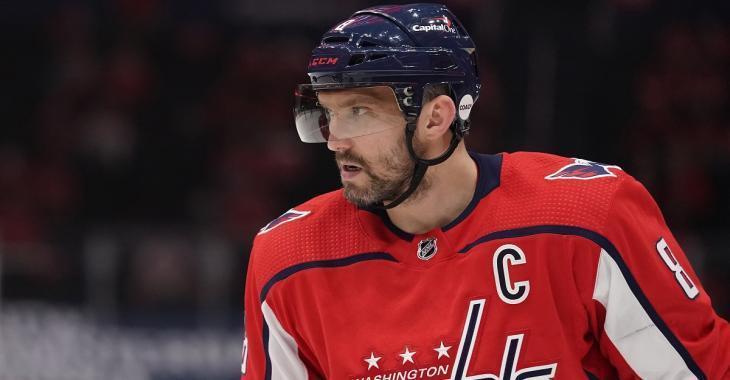 The Washington Capitals may have to start the season without their captain, superstar forward Alex Ovechkin, and if that is indeed the case he will have no one to blame but himself for that unfortunate reality.

A report from the National Hockey League's own Tom Gulitti is reporting that the Capitals are currently "at least preparing" for the possibility that they will have to begin the season without Ovechkin in the lineup.

Ovechkin has been sidelined due to an injury that he suffered during a preseason contest against the Philadelphia Flyers, an injury that was largely self inflicted. Ovechkin was attempting to deliver a hit to the back of an unsuspecting Travis Konecny, but some awkward body positioning from Konecny resulted in the hit only injuring Ovechkin.

It's hard to tell exactly what went wrong from the one replay angle that we do have of the incident, but if you look closely it appears as though Konecny sticking his butt out may have caused Ovechkin's legs to take the brunt of the impact.

One thing that is clear is that Ovechkin was in immediate pain. The Great 8 seemed to almost go stiff after the impact with Konecny and fell sideways to the ice, unable to support his own weight with his legs. Ovechkin was able to eventually get up off the ice and hobble back to the Washington Capitals dressing room, but he would not return to the game and has been absent from his team's practices on the ice ever since as well.

Given that we don't know the extent of the injury, although the Capitals have officially listed him as day to day with a lower body injury, it's hard to tell how many games this could end up costing Ovechkin if he does indeed remain on the sidelines as the result of this injury.

The timing of this could not be more unfortunate for both the Capitals and Ovechkin. Not only are meaningful games set to get underway this week, but Ovechkin is also hot on the heels of NHL legend Wayne Gretzky's all time goal scoring record. Ovechkin needs 165 goals to close the gap completely, but any time that he will miss as a result of this injury is time that he will never be able to get back when it comes to striving towards that goal.

Stay tuned for more updates as they become available.