NHL News : Rumor: 5 forwards on the Leafs radar ahead of the trade deadline.

One player the Leafs need to be wary of. 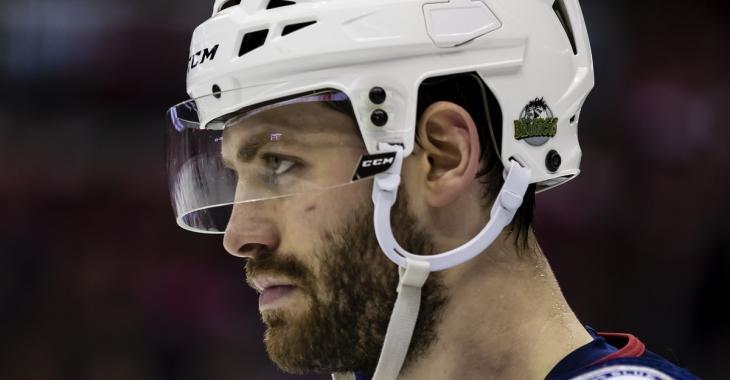 One of the names that has been mentioned time and time again in recent weeks has been that of veteran forward Mikael Granlund, who currently plays for the Nashville Predators, but it would seem that not everyone is enamored with that idea. In a recent column for the Toronto Sun, notorious Toronto sports columnist Steve Simmons expressed doubts about what Granlund can potentially bring to the table.

Granlund has scored two goals in his last 21 playoff games and is more of an unproductive, disappointing centre than a banging, space-creating winger …

That's the player Simmons believes the Leafs to avoid, but he also named 4 others than he feels should be on the Maple Leafs radar. We will take a brief look at each one of them and rank them based on what we feel they bring to the table.

The emotional leader of the Columbus Blue Jackets and a well respected veteran forward with a commanding presence both on and off the ice. Foligno is set to be a unrestricted free agent at the end of the season and with no contract extension in sight at this time, he would bring both skill and more veteran leadership to a Leafs locker room that appears to have greatly benefited from the additions of players like Joe Thornton, Jason Spezza, and Wayne Simmonds.

The Calgary Flames forward requested a trade earlier in the season and from the moment that request became public his name was linked to the Maple Leafs. A gritty forward that is known for elevating his game during the playoffs, trading him would no doubt make him happy and would also net the Flames a return for a player that has never really found his place within their organization.

A player that would play a similar role to Foligno, and one that is also on a Columbus Blue Jackets team that will have to make a decision about whether or not they will be sellers ahead of the trade deadline. Jenner is a versatile forward that can play center and on the wing, and he has 8 goals and 9 assists for 17 points over his 35 appearances this season.

Rakell ranks lower on the list in large part due to the concerns regarding his contract. His cap hit of just under $3.8 million would be difficult for the Leafs to manage and even more difficult would be the extra year remaining on his current deal. I don't see a world in which Leafs general manager Kyle Dubas would want to add that to his list of salary cap problems, even less so with the expansion draft for the Seattle Kraken on the horizon. That being said, his name has come up quite often in trade rumors as of late so its not outside the realm of possibility.

Nikita Kucherov's agent relentlessly taunts fans in Montreal.
Subscibe to
Our NEWSLETTER
Receive the best articles of the web directly in your email