NHL News : Rumblings out of Buffalo that both Eichel and Hall could be on the move

One step forward, two steps back for the Sabres. Get your offers in! 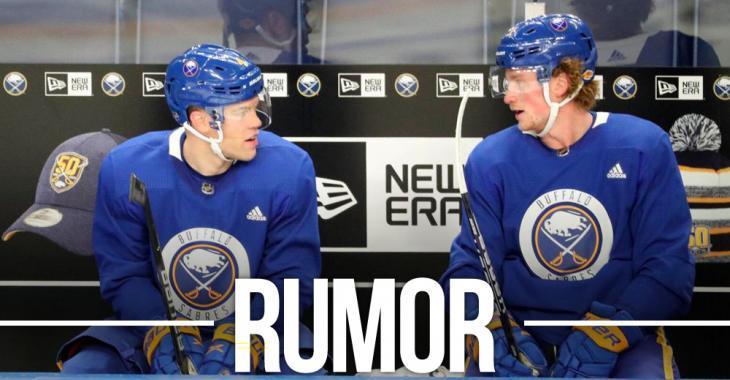 It's a fresh season for the Buffalo Sabres, but something's still rotten with this team.

The team is on the verge of missing the Stanley Cup Playoffs for a 10th consecutive season despite making a big offseason splash in signing former Hart Trophy winner Taylor Hall. Now... Hall could be on the way out of town along with superstar captain Jack Eichel.

For Hall, he admits that he has struggled to find his footing in Buffalo and feels that the team's struggles reflect his own.

"It’s been a struggle for me, personally," Hall said earlier this week. "I feel like I’ve had some bad luck a bit. But at the same time, when you’re not scoring, you got to change something, you got to find whatever is in your game that’s not allowing you to put the puck in the net. Right now, it’s been tough. I can’t lie to you. If I have four or five goals right now, you don’t really know what our season looks like, especially with how close the games we had and how much we’ve been in games right until the very end."

Now... does this mean he's on the trade block? Not necessarily, but Sportsnet NHL insider Elliotte Friedman reports that the Sabres may be looking at trade possibilities for both Hall and Eichel. When asked by Buffalo's WGR550 radio station on whether he ever sees the possibility of the Sabres trading Eichel, Friedman responded:

"Yes. Well, here's the thing, obviously the way the Sabres came back out of the break with two really tough losses has started the talk about what could be happening."

For what it's worth Eichel is signed for the next five seasons at $10 million per season. Get those offers in.