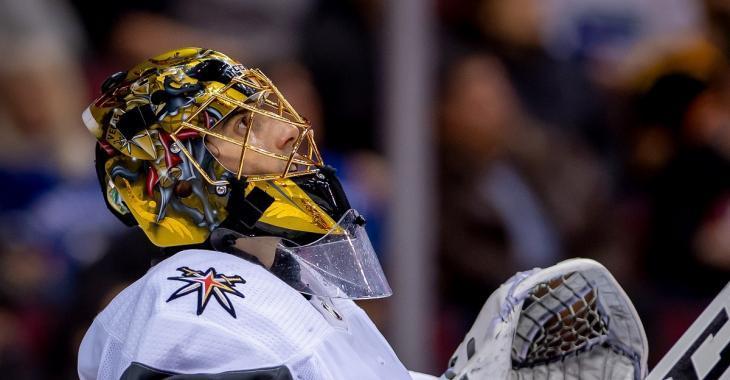 It would appear as though there may be a big move on the horizon from the Las Vegas Golden Knights, one that would drastically change their goaltending situation moving forward.

"The Marc Andre Fleury thing, I don't think it's anywhere right now but I think [the Blackhawks] were interested," said Friedman on his podcast. "There's something interesting going on there in Vegas, I think there was someone that was interested in Lehner and it might have fallen apart."

Friedman was then asked by his co-host Jeff Marek if that "someone" was the New Jersey Devils, and he appeared to all but confirm that fact.

"I think so but I don't know it," admitted Friedman. "There was something, it didn't happen, New Jersey seems to be the one that makes the most sense, but I can't say it with 100% certainty."

The comments were made when discussing the offseason that the Chicago Blackhawks have had thus far, making some big moves including the acquisition of former Columbus Blue Jackets defenseman Seth Jones and signing him to a long term deal. Friedman believes that the Blackhawks may not be done and could be looking at the Golden Knights current log jam in goal, with Fleury and Lehner counting for a combined $12 million against the cap, as a way to solve their goaltending issues.

"I think Chicago is going to be looking for a goalie, I just think they are gonna try to accelerate this a bit."

This is a particularly interesting rumor because the Golden Knights have seemed willing to move forward with both Fleury and Lehner on their roster despite the big chunk of cap space having them both commands. It may very well be that the time of having two #1 caliber goaltenders has passed for the Golden Knights and they see an opportunity to better use that cap space elsewhere.