NHL News : Rumblings of a blockbuster deal between the Golden Knights and Buffalo Sabres.

A huge trade on the horizon? 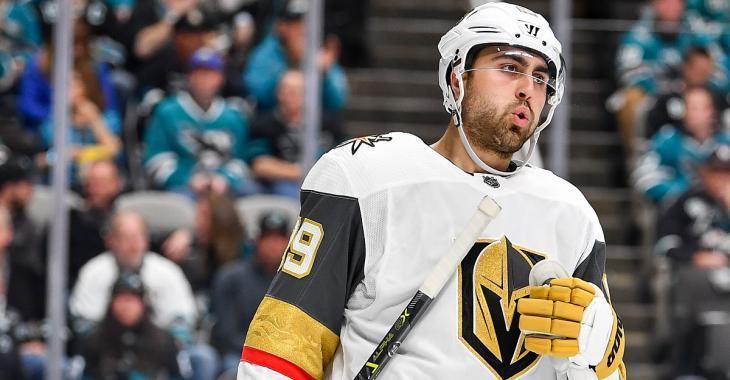 We are heading into what could be one of the most exciting offseasons for the National Hockey League in recent memory. A combination of a number of factors including a flat cap, an expansion draft for the Seattle Kraken, and a number of high profile names linked to trades has fans very excited about what will happen next and perhaps no player has drawn more interest in that regard that Buffalo Sabres star forward Jack Eichel.

Following a well publicized medical dispute with the Sabres organization, the Sabres captain now seems destined to begin the 2021 - 2022 NHL regular season on a new team for just the second time in his young career. That dispute, one that many now consider irreconcilable,  has led to a belief that Eichel will be traded sooner rather than later and he has already been linked to a number of potential suitors around the league. Most recently however Eichel has been linked to the Las Vegas Golden Knights, a team coming fresh off of an elimination at the hands of the Montreal Canadiens in the semi finals of the Stanley Cup Playoffs.

In a recent article the Fourth Period's David Pagnotta laid out a trade he believes could see Eichel land in Las Vegas, one he proposed after learning from his sources that there appears to be some level of mutual interest here.

Okay, hear me out: Would the Vegas Golden Knights package up Alex Tuch, Chandler Stephenson, Cody Glass and Nic Hague in a deal for Jack Eichel? Would the Buffalo Sabres say no? The Sabres have drops crumbs and the Knights are sniffing around. Curious if it gets anywhere.

The Golden Knights recently saw their top 6 shut down by a Canadiens team that many viewed as a heavy underdog coming into their semi final series, and I would not be the least bit surprised if that prompted significant changes on the front end from a Golden Knights management group that has been very aggressive since entering the league. That being said I suspect that the Sabres would likely seek a player like Golden Knights prospect Peyton Krebs, their first round pick (17th) in 2019, in return especially when considering the fact that, like Eichel, he also plays at the center position.

Would you make this deal? Who emerges as the winner in this trade? Let us know your thoughts in the comments.

Rumor: Alex Ovechkin will miss the start of the season.
Subscibe to
Our NEWSLETTER
Receive the best articles of the web directly in your email