NHL News : Rookie Dylan Cozens’ first fight is the most exciting Sabres highlight of the season! 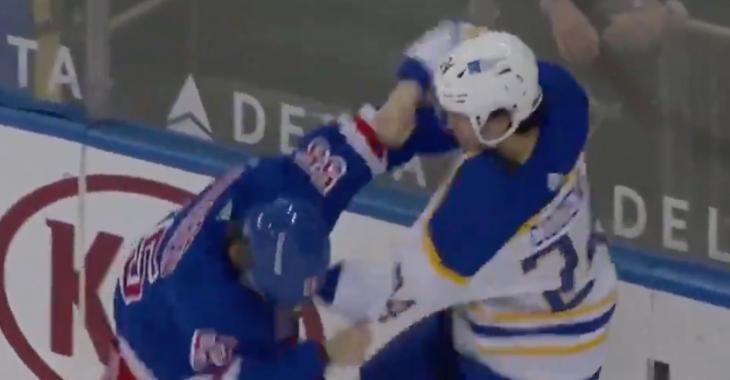 Buffalo Sabres rookie Dylan Cozens was willing to do everything he could on Tuesday night to spark his team.

During the third period, the 20-year-old dropped the gloves with New York Rangers’ Ryan Lindgren in hopes to get his team going as it was behind 3-2 after two periods.

The Sabres are once again in the middle of a tough season despite the many changes they made in the postseason, and this has to be the most exciting Sabres highlight of the year.

Check out the impressive first fight of Cozens here below:

Alexis Lafreniere heading to the doghouse in New York...

Moritz Seider fires a rocket for his first (unofficial) NHL goal! [VIDEO]
Subscibe to
Our NEWSLETTER
Receive the best articles of the web directly in your email