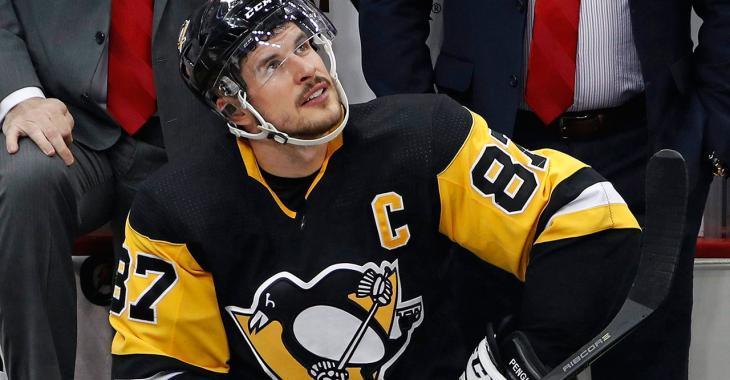 On Tuesday, the Pittsburgh Penguins named Ron Hextall as general manager and Brian Burke as president of hockey operations. And while it was explained that Hextall will report to Burke as his primary adviser, it sounds like the new GM also want his captain as an advisor.

According to insider Elliotte Friedman, Hextall is reaching out to Sidney Crosby to talk about what could be coming next in Pittsburgh. The Penguins co-owners Mario Lemieux and Ron Burkle made it clear that they want another championship and many pundits have started to wonder if that will be done with the core players of Crosby, Evgeni Malkin and Kris Letang.

When first asked about it, the new GM couldn’t say anything more when asked about the immediate futures of Crosby and Co. in Pittsburgh.

“We want to be as good as we can be right now with three of the best players in the world,” Hextall said at the introductory media conference. “And we’ll address things as we go along.”

“I can’t tell you what’s coming our way. I can’t,” Hextall added. “To be definitive in a direction … in my interviews, there were different ideas, we talked about all kinds of scenarios, but those are not ones I’m open to discussing right now.”

Recent chatter got louder that the Penguins might ask Crosby, Malkin and Letang to join the conversation in the front office to see if they are interested in taking part in the pending major changes.  Crosby could be asked if he wants to take part in a team rebuild or if he would prefer to chase a Stanley Cup elsewhere.  This would be a tough blow for the Penguins, who basically won the lottery back in 2005 when they come out on top of the draft order and were given Crosby as the strongest rebuilding tool. Now that he’s been the face of the franchise for 16 seasons, it would be so weird to see him wear the colours of a different NHL club. However, if he looks to win another Stanley Cup before hanging up the skates he might not get a choice.

And so Friedman revealed in his latest 31 Thoughts on Sportsnet how Hextall is getting in touch with Crosby:

“Hextall was expected to reach out to Crosby after the media availability Wednesday, get his opinion. They’ll continue to seek help for a banged-up blueline. It will be interesting to learn how they feel about the Tristan Jarry / Casey DeSmith goaltending tandem.”

There is no doubt it will be a tough challenge ahead for Hextall, especially if he is expected to dismantle the Crosby, Malkin and Letang trio. Malkin and Letang can be extended this summer. Crosby has four more years under contract.

Here is how Friedman puts it: It is generally believed Pittsburgh wants all three to finish their careers in the organization. But, as my grandmother said, “You plan, God laughs.”

Breaking: Huge update on John Tavares hours before Game 7.
Subscibe to
Our NEWSLETTER
Receive the best articles of the web directly in your email