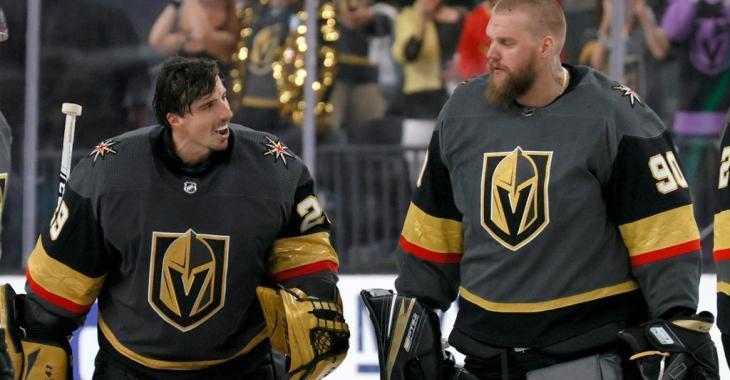 On Tuesday night, Vegas Golden Knights’ Marc-Andre Fleury was finally crowned the winner of the Vezina Trophy, after 17 seasons in the National Hockey League, three Stanley Cups, and a career year at age 36.

Flower was chosen by the league’s general managers as the award finalists along with Philipp Grubauer of the Colorado Avalanche and Andrei Vasilevskiy of the Tampa Bay Lightning. The veteran netminder, who won this year’s Jennings Trophy alongside teammate Robin Lehner for fewest goals allowed in the regular season, finished the season with a .928 save percentage and 1.98 goals-against average.

This is great for Fleury after the crazy past year in which he lost his starter’s crease to teammate Lehner in the 2020 playoffs and faced the possibility of being traded for cap space in the offseason. If you remember, this had prompted Fleury’s agent, Allan Walsh, to tweet a photo of Fleury stabbed in the back by a sword with Vegas coach Peter DeBoer’s name on the blade. The picture was, of course, in reference to DeBoer’s handling of the Knights’ goalie situation between Fleury and Lehner.

Then this year, Lehner was sidelined with a concussion for more than a month and Flower led the Knights to an 82-point season, tied with Colorado for the most in the NHL.

But you know Lehner wasn’t going to stay quiet about buddy winning the Vezina! He took this opportunity to take a shot at Fleury’s agent Walsh and bring back the whole awkward story of that controversial picture and calling out Walsh himself for “putting magic in that sword.”

You gotta love the banter here. Moments later, Lehner also retweet Walsh’s comments on Flower’s Vezina win, and you can see this is all in good fun.