NHL News : Robin Lehner goes off on the NHL and NHLPA over vaccine rollout

“”We are vaccinated and we are still trapped in a prison...“ 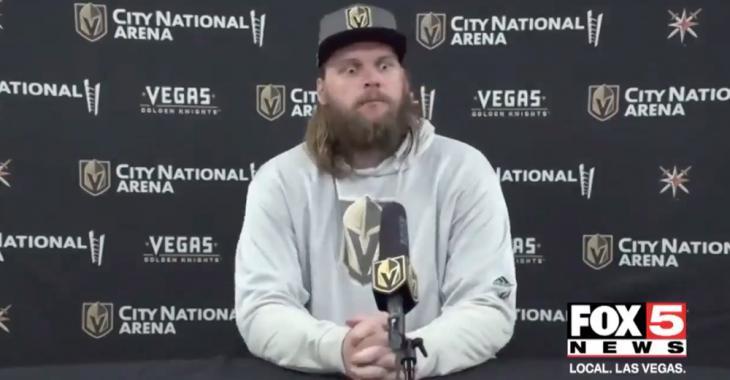 Vegas Golden Knights goaltender Robin Lehner has never been one to shy away from difficult topics. He's a strong advocate for mental health and has talked openly about his own struggles with alcoholism, addiction and suicidal thoughts. He's showed open support for former U.S. President Donald Trump and then denounced that support during's Trump's presidency. The point is... Lehner is a thoughtful guy who isn't afraid to speak his mind. And that was on full display today when he took the NHL and NHLPA to task over their COVID-19 vaccine protocols.

"We got promised something to take something (vaccine) that not necessarily everyone wanted... so that was a lie. That was a blatant lie."

Lehner then took to social media to clarify his thoughts a bit.

You know Robin? You have nothing to apologize for. So many of us have just hit the wall with this damn virus that we just can't help but throw our arms up in the arm. Stay at home? Okay. Wear a mask? Okay. Lose your job? Okay. Get the vaccine? Okay. Now, what's next? It just seems like whatever hoops we're told to jump through there's another dozen hoops ready waiting for us. I'm not saying the measures in place aren't effective, I'm just saying that I don't blame anyone if they're "over it", so to speak.

Kudos to Lehner for speaking his mind. It's clear that this is a guy who is frustrated and is nearing the end of his rope. I think that he probably speaks for a lot of NHLers, as well. Sure these guys are well compensated and are fortunate enough to play a game for a living, but they're still human beings who are deserved of dignity and respect. I'd be livid too if I were told one thing and then had the rug pulled out from under me too. Here's hoping the NHLPA takes Lehner's concerns seriously and acts in the players' best interests. Frankly though, I'm not holding my breath.