NHL News : Robin Lehner gives fans in Buffalo a piece of his mind. 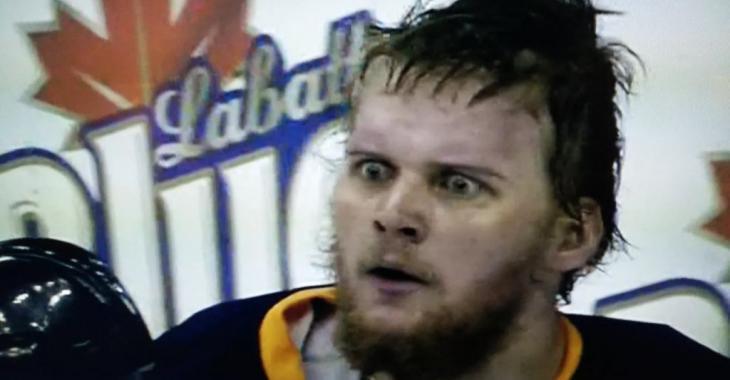 The Buffalo Sabres fan base has had a very rough time of things lately and for many this most recent fiasco involving former Buffalo Sabres captain Jack Eichel has been a microcosm of everything that has been wrong with this franchise for quite some time now.

Just prior to the start of the weekend that understandably sensitive fan base was once again riled up over this incident when former Sabres goaltender Robin Lehner, a man who was himself a polarizing figure during his time with the Sabres, decided to chime in on the controversial topic.

"Where is the NHLPA and all nhl players in all this attacks on our freedom of choice?" asked Lehner on Friday. "Jack situation is crazy to me.. also people getting attacked by journalist that hides behind freedom of speech to trash peoples freedom of choice. When does the hypocrisy end?"

I suspect that Lehner's intentions here were noble and given his long history of health problems I suspect that he has a great deal of empathy for Eichel, who was also a former teammate of his. Despite that it would seem that Lehner drew the ire of at least some in Buffalo, prompting the veteran goaltender to send a heartfelt message to the fans in Buffalo that may have been offended at his comments.

"Sabres fans.We didn’t love each other much," admitted Lehner on Twitter. "Was warranted against me some were not. Did my best. But I respect your passion for the franchise.This situation with your captain who was mine should be as big of a problem for you as for me. I know your hearts are in the right place. 100."

As if that wasn't enough to win over those that may have taken Lehner's comments the wrong way, the current Las Vegas Golden Knights starting netminder went a step further to extend the olive branch. Lehner ended his comments on the topic with a parting shot at himself, mocking his inability to perform during the shootout on the way out. Lehner was of course notorious for struggling in the shootout during his time with the Sabres, something he no doubt heard about often from fans of the franchise, and it was very humble of him to acknowledge as much in an effort to find common ground.

Serious concerns grow over Habs’ Jonathan Drouin amidst Habs' success...
Subscibe to
Our NEWSLETTER
Receive the best articles of the web directly in your email