NHL News : Ristolainen rips his teammates after their coach is fired. 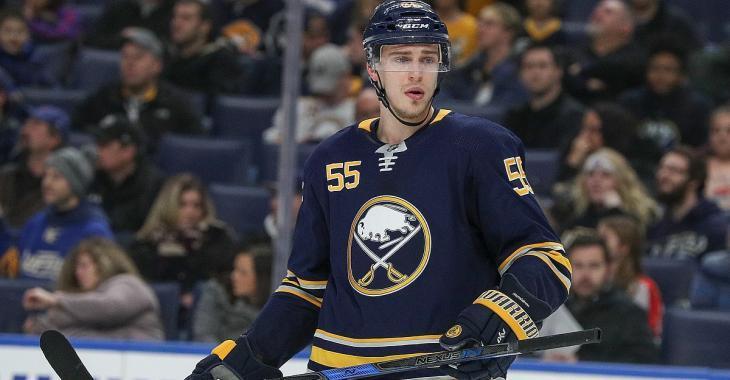 The Buffalo Sabres are a joke.

It's the kind of harsh language that you don't normally use when discussing a professional sports franchise, but the level of failure that has gone unchecked in Buffalo for what feels like an eternity now is nothing short of humiliating. The latest embarrassment for the franchise came earlier this week after the Sabres suffered their 12th straight loss resulting in general manager Kevyn Adams deciding that he had seen enough. Adams, who only recently came into the role, made what was no doubt the difficult decision to fire head coach Ralph Krueger, although at this point no one truly believes that Krueger was the root of the problem in Buffalo.

At this point it would be impossible to identify the source of the problem given just how long the Sabres have been a substandard team in the National Hockey League, but on Friday one of the team's players let it be known that he felt he knew where the fault lies. That player was veteran defenseman Rasmus Ristolainen, a once highly touted prospect who was drafted by the Sabres all the way back in 2013 and a player that has experienced nothing but failure in his hockey career ever since.

Ristolainen has been there for 8 losing seasons now and there was no doubt about who he was putting the blame on when he spoke to journalists on Friday. Rather than looking to the coaching staff, general manager, or even the ownership group behind the Buffalo Sabres, Ristolainen instead put the blame squarely on the players within the Sabres locker room.

"I've seen so many head coach and GM changes...I feel like it's more about players, but you can't fire players," said the 26 year old Finnish blue liner.

Now some will be quick to criticize Ristolainen given that his own performance has been lackluster as of late, but I frankly struggle to blame a player who must be dejected at the way his career in the NHL has gone. No doubt being drafted in the first round all those years ago was an incredible moment for him, but he has had absolutely nothing to look forward to and nothing to look back on fondly ever since.

Buchnevich forfeits nearly $25,000 more in salary than Tom Wilson for his suspension
Subscibe to
Our NEWSLETTER
Receive the best articles of the web directly in your email