What a way to go out: Game 7, in his hometown, playing for the team he owns and Jagr comes up clutch. 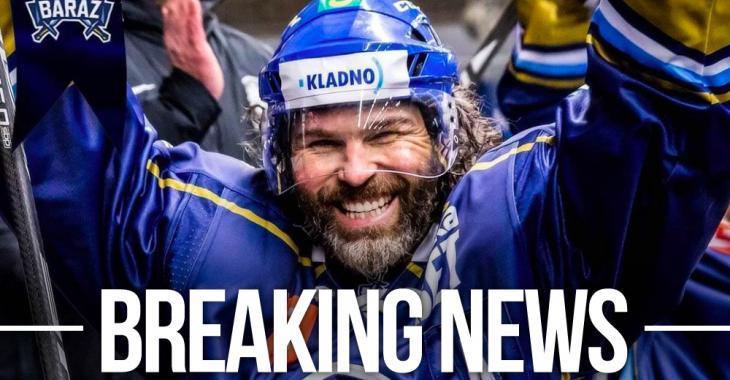 Living legend Jaromir Jagr can add yet another championship to his impressive resume after his hometown Kladno Knights defeated HC Dukla Jihlava 5-2 in the Czech second division to earn a league championship and a promotion to the top-tier Czech Extraliga!

While that's obviously news worth celebrating, there's some belief out there that Jagr may now in fact be done with professional hockey and will walk off into the sunset to retire.

At 49 years old he just put up 10 points in 16 playoff games to win a league championship with his hometown team. Oh... and he happens to be the owner of the team. Oh... and did I mention he's 49 years old!?!?! Honestly... Stanley Cups and Olympic gold medals aside, this is just astonishing. Imagine winning Game 7 in your hometown, in front of your hometown fans who literally idolize you like a God already. I just... the man should never have to buy a beer in the Czech Republic ever again. They should build a statue of him in downtown Kladno. What a legend.

If this is indeed the end of Jagr's professional career though it's one for the history books. He's obviously one of the most talented and durable players in NHL history, but I really think that this the current generation of hockey fan doesn't realize just how dominant Jagr was in his prime. This isn't a case of a guy riding Mario Lemieux's coattails... Jagr was every bit as good in his own right. And I'd argue that Jagr played some of his best hockey when the game was played in such a way as to stifle his offensive creativity. No one, aside from maybe Lemieux himself, has scored more goals in the NHL while being hooked, slashed, held or outright mugged while on his way to the net. Jagr was an absolute horse and dominated the game in a way that few others have really been able to do.

I mean, just punch his name into Youtube and you'll find dozens and dozens of highlight reel goals that will still make your jaw drop. If this is indeed the end of Jagr's professional career, the entire hockey world owes him a giant 'thank you' for his years of entertainment.

Do yourself a favour and feast your eyes upon these highlights:

Rumor: Red Wings hint at a big preseason debut tonight.
Subscibe to
Our NEWSLETTER
Receive the best articles of the web directly in your email