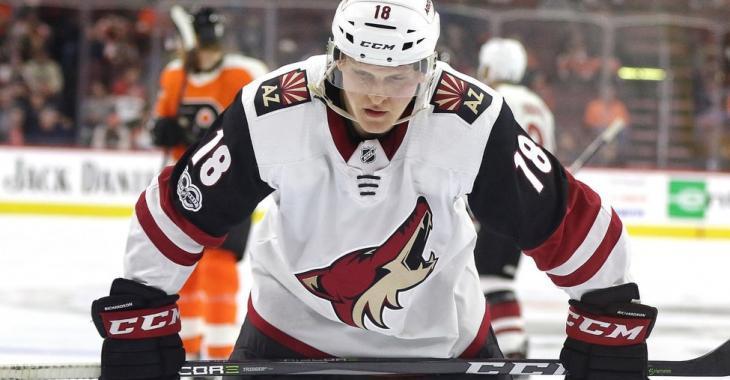 Well, Kingerski first points out that 25-year-old center Dvorak hasn’t cracked the 40-point barrier in his five NHL seasons. His best stats came in 2019-20 in Arizona, when he put up 18 goals and 38 points in 70 games. But to make things worse, Kingerski shares details on Dvorak’s behaviour and criticizes his lack of work ethic on and off the ice.

“I give you a little sneak peek of the coming “Off the Record” column–not everyone is convinced Dvorak has the necessary work ethic.”

Kingerski goes on to say that the Canadiens should have gone after Jack Eichel, claiming that the move would’ve cost them the better of their two first-round picks but would’ve established themselves with a premier center.

It was reported more than once that the Habs were interested in acquiring Eichel during the offseason, but the asking price is said to be at least four assets comparable to first-round picks. Yes, GM Kevyn Adams reportedly hasn’t come down from that…

Bergevin pulled the best move he could, but clearly, Kingerski in Pittsburgh believes it was a mistake.

I guess we’ll see what happens to Dvorak and his work ethic under Dominique Ducharme in Montreal.