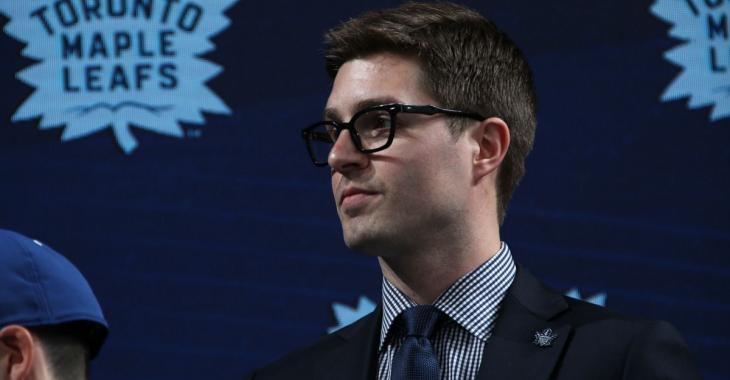 Two members of the Toronto Maple Leafs are currently hanging in limbo and won't know their fates for the next 24 hours or so.

According to a report from National Hockey League insider Elliotte Friedman, the Maple Leafs have placed two members of their roster on waivers prior to the start of the regular season. The players are veteran forward Kurtis Gabriel and veteran defenseman Alex Biega, neither of whom has particularly impressed during training camp.

The signing of Gabriel early this summer received a mostly positive reaction from the fan base but the reality is that Gabriel's performance on the ice has made it clear that he is now a borderline NHL player at the best of times. At this stage of his career it is clear that what he brings to the table is his grit and his willingness to drop the gloves at a moments notice, and not an elite level of hockey talent.

It seems likely that this move was made with the intent of sending Gabriel down to the Toronto Marlies where I would expect him to spend the majority of the season moving forward. Gabriel is likely to be called upon if the Leafs face a particularly tough opponent or if the situation calls for having an enforcer in the lineup, but probably not much else barring any injuries.

Biega is also likely headed for a trip to the Toronto Marlies. On the same day that the Leafs signed Gabriel to a new contract, the Leafs also added Biega and defenseman Carl Dahlstrom on two way deals. The plan at the time was no doubt to keep Biega around as a serviceable depth option if needed, but to have him play out the majority of his season in the American Hockey League with the Marlies. Today's decision would appear to be a precursor to making the move to send him down and like Gabriel I suspect that he will remain with the Marlies this season barring any injuries or unforeseen circumstances.

Whether or not a rival team will look to disrupt the Maple Leafs plans for either player remains to be seen, we will know if a claim has been put in for either man by Sunday at noon.