The Bruins, Penguins, Oilers, Red Wings and more are all in the mix. 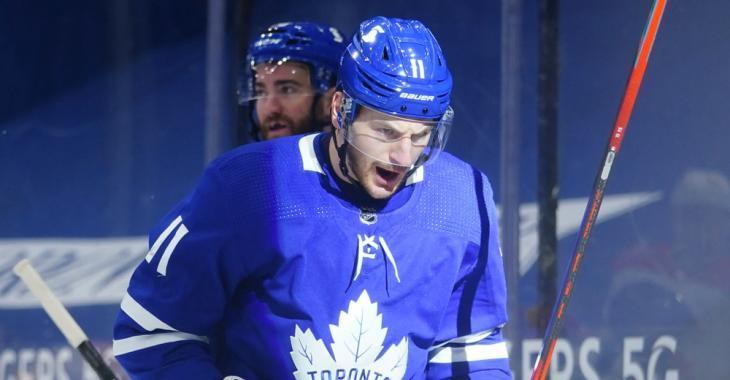 According to a report from TSN's Pierre LeBrun, it appears that forward Zach Hyman will be moving on from the Toronto Maple Leafs this offseason. LeBrun reports that there's a "sizeable gap" between the two parties in negotiations and that Hyman will likely hit the open market as a free agent later this month.

With Hyman seemingly on the way out of town, TSN's Darren Dreger reports that the Leafs have made him available via trade to any team that would like to get a jump on the free agent field.

From McGran's latest column for the Toronto Star:

The Calgary Flames, Vancouver Canucks and Edmonton Oilers are believed to be the frontrunners in the Hyman sweepstakes with the Pittsburgh Penguins, Florida Panthers, Boston Bruins and Detroit Red Wings also making inquiries with Hyman’s agent, Todd Reynolds.

The 29 year old Hyman is coming off a contract that pays him $2.25 million per season and is likely looking at as much as $5 million or more per season on his next deal. With the Leafs' cap situation, this just isn't an option for general manager Kyle Dubas.

The Leafs have have approximately $11 million in cap space with just 10 forwards, five defencemen and one goaltender signed for next season. They'll need to add at least seven players to their roster with that $11 million in cap space and Hyman's asking price is simply too rich for the Leafs to consider. So, for the third offseason in a row the Leafs stand to lose a quality forward due to cap constraints. Forwards Andreas Johnsson, Kasperi Kapanen and Connor Brown have been cap casualties so far and it looks like Hyman is set to join them.

Wherever Hyman ends up, he'll be a versatile forward capable of playing anywhere in a team's lineup. He played mostly alongside Leafs superstars Auston Matthews and Mitch Marner on the team's first line this season and put up a very solid 15 goals and 33 points in 43 games. The season before he put up 21 goals and 37 points in just 51 games. He certainly looks like a player that can hit the 50 point plateau in the near future. More than that though, he plays a solid 200 foot game and can be relied upon to take difficult defensive assignments. In other words: He's a coach's dream.

More than Brown, Kapanen and Johnsson it's a true shame that the Leafs will lose Hyman for essentially nothing. He's Toronto born and bred and has given his heart and soul to the team since arriving in 2015. Unfortunately with the Leafs paying out nearly $40 million in cap space to their top players though, something's got to give.

Big surprises at Habs practice on Monday involving Eric Staal and Jesperi Kotkaniemi.
Subscibe to
Our NEWSLETTER
Receive the best articles of the web directly in your email