NHL News : Report: There's a lot more to the Anthony Mantha trade than meets the eye

NHL insider Elliotte Friedman with the full behind the scenes details of the deadline's biggest trade. 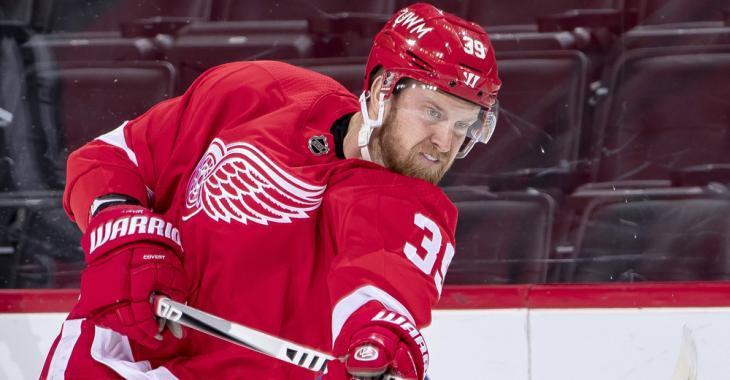 In case you missed it yesterday, the Detroit Red Wings and Washington Capitals pulls off the biggest deal on trade deadline day with power forward Anthony Mantha heading to D.C. in exchange for a package of players and picks that includes Jakub Vrana and a 1st round pick.

If you're thinking that that seems like a steep price to pay for the Capitals, you're not alone in your thinking. Fans for both teams seem surprised at how much Mantha commanded from the Caps, and now with NHL insider Elliotte Friedman's latest reporting it seems like the Red Wings got an even better deal than first thought.

On Friedman's most recent 31 Thoughts podcast with Jeff Marek for Sportsnet, he reported that Mantha was in GM Steve Yzerman's "dog house", meaning that he wasn't on good terms with the team. Considering that, Yzerman made out like a bandit in getting good assets for a player that he didn't want around long term.

"I think Mantha was kind of in the Detroit dog house. When I reported that Detroit was willing to move anyone not named 'Seider', 'Raymond' or 'Larkin', it was because I had heard the Red Wings had basically said, 'this rebuild is going to be longer than we realized.' And they signed Mantha to a big extension this year...and I think they knew but that by the time they were ready to be really good that Mantha might be at the end of that deal. And so, I see a lot of reasons that maybe we could have seen this coming. But I don't think that anyone really had any clue."

Marek himself added that Mantha never seemed to fit in with the Red Wings, even going back to his rookie season:

"It seems as if right from the get-go... that you almost got the sense that there was no way this was going to be a long-term relationship between these two parties."

Anyone who has followed the Red Wings over the past five seasons would likely agree. Mantha and his future with the team always seemed to be a talking point amongst the Red Wings fanbase. Now that he's gone though, you have to give Stevie Y full credit for turning an awkward situation into an advantageous situation for his club. More tidy work from the Red Wings franchise icon.

Draisaitl crosses up the Sens D, scores a goal of the year candidate

NHL names the 'mid-playoff' MVP.
Subscibe to
Our NEWSLETTER
Receive the best articles of the web directly in your email