An absolute bombshell from Elliotte Friedman. 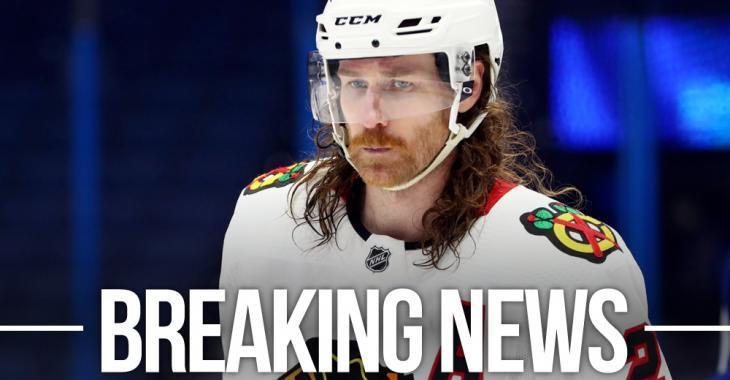 This just in from NHL insider Elliotte Friedman, the Chicago Blackhawks are working on a potential Duncan Keith trade to "either the Pacific Northwest or Western Canada."

This means that the Edmonton Oilers, Calgary Flames, Vancouver Canucks and the Seattle Kraken are likely in the mix here. Some might consider the Winnipeg Jets to be in Western Canada, as well... but who knows for sure what Keith's preference is here. It's worth noting though that Keith was born in Winnipeg and grew up in nearby Fort Frances, Ontario. He played AAA bantam for Thunder Bay before his family moved to Penticton, BC where he played his junior hockey. In the offseason Keith and his family reside in the Penticton area. It honestly wouldn't shock me if he ended up on the Jets or the Canucks.

What's ironic though is that the Oilers might have the greatest need for Keith of all the teams mentioned. They're likely to lose offensive defenceman Tyson Barrie to free agency and the 37 year old Keith might be a C level replacement at this point in his career, but he's a replacement nonetheless. Needless to say the Kraken could certainly use someone with Keith's skill and experience on the backend. They literally have no one on their team, of course, but they could do a lot worse than adding a quality veteran like Keith as their first official roster player.

As for the Flames and Canucks, they're both intriguing spots for Keith to land. The Flames are in the middle of a bit rebuild on the fly and have several veterans on the backend like Mark Giordano and Chris Tanev. In terms of offensive, puck moving defencemen, the Flames also have Noah Hanifin and Rasmus Andersson on the back end. The Canucks have only three defencemen signed for next season, but there's not change they let the unsigned Quinn Hughes walk this offseason. They will likely bring back Hughes, Tyler Myers, Nate Schmidt and rookie Jack Rathbone. Could Keith replace pending free agent and franchise icon Alex Edler? Stay tuned.

Leaf scratched after “rough night” in Game 5, Habs lose defenseman to injury.
Subscibe to
Our NEWSLETTER
Receive the best articles of the web directly in your email