Leafs GM Kyle Dubas bended the rules and it's clear his fellow GM's aren't happy about it. 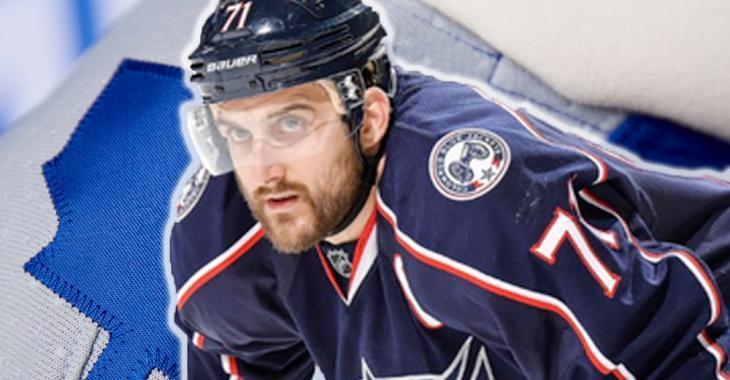 One of the biggest deals of the 2021 NHL Trade Deadline was pulled off by Toronto Maple Leafs GM Kyle Dubas when he acquired Columbus Blue Jackets captain Nick Foligno at just 25% of his $5.5 million salary in exchange for a package of draft picks.

The trade though, wasn't a simple transaction and that's drawing criticism from some other NHL GM's.

The deal was in fact a three team trade in which the Leafs sent a 1st and 4th rounder to the Blue Jackets, the Blue Jackets then sent Foligno to the San Jose Sharks, who then passed him along to the Leafs with forward Stefan Noesen in exchange for an additional Leafs 4th rounder. The hang up though is that both the Blue Jackets and Sharks retained 50% of Foligno's remaining salary on the deal. In effect, the Sharks were used to launder Foligno's salary before passing him along to the Leafs. This is what irks the other GM's according to TSN hockey insider Pierre LeBrun.

Check out LeBrun's comments on the situation from his most recent Insider Trading segment for TSN:

It's not that the league wasn't paying attention here. They know very well what is going on with these deals. Toronto did it a year ago, by the way. Certainly now with the flat cap, it's become a much bigger deal. The David Savard deal, the Nick Foligno trade, and Mattias Janmark on deadline day, all needed a third team to help with the cap space. The Sharks and the Red Wings, the teams involved, all got draft picks for being that cap space broker.

There are some team executives who aren't comfortable with what's going on here. With the salary retention happening twice from one team to another to another. As far as the league is concerned, there is no money outside the system, all the cap money is accounted for and, at the end of the day, a hockey asset was acquired by that team so they're okay with it.

LeBrun's right that this isn't exactly a new strategy being employed by the Leafs here. Deals like this have been done before and, until someone stomps their feet enough to enact a new rule, we'll likely see it again. And to be perfect honest, I'm just fine with that. If it takes being creative with cap constraints like this in order to get more trades, I'm all for it.

Bogosian throws his former team, the Buffalo Sabres, under the bus
Subscibe to
Our NEWSLETTER
Receive the best articles of the web directly in your email