Brady is about to get PAID! 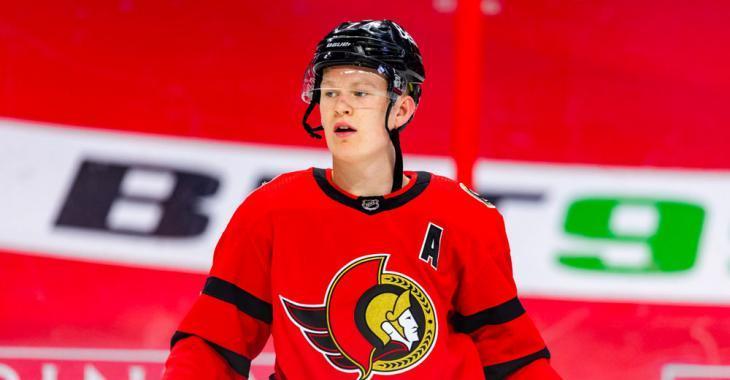 According to a report from Ottawa Senators insider Bruce Garrioch, the Sens have presented restricted free agent forward Brady Tkachuk with an eight year contract worth $8 million per season.

From Garrioch's most recent column for The Ottawa Sun:

The belief is the talks between have been cordial, but we’re likely at the stage where both sides are taking a firm approach on where they stand and that’s to be expected. That’s why this is called a negotiation and normally when the clock gets closer to zero both sides find a way to get a contract in place.

Tkachuk, who was in Virginia on the weekend with his family watching sister Taryn play field hockey, isn’t expected to return to Ottawa until he has a deal in place with the Senators. He has been at his St. Louis home most of the summer and is expected to remain there once this matter has settled.

It’s believed talks are centre around trying to get an eight-year deal in place and those discussions have been ongoing and are continuing. It’s believed the Senators have tabled a eight-year contract offer worth $64 million. That would mirror the extension Thomas Chabot signed in Sept., 2019 that pays him $8 million per-season.

Like Garrioch reports, an eight year deal worth $8 million per season would mirror the deal that the Senators handed star defenseman Thomas Chabot two seasons ago. Needless to say that if the Sens could lock up both Chabot and Tkachuk to long term deals it would have a big impact on the team's future. With both Chabot and Tkachuk and then fellow youngsters Josh Norris, Tim Stutzle and Drake Batherson, the Senators have a solid core of young talent and they look ready to take the next step.

As for Tkachuk himself, he led the Sens in scoring last season with 17 goals and 36 points in 56 games. He put up 20+ goals in each of his first two seasons in the NHL and has a solid 60 goals and 125 points in 198 games since being drafted 4th overall in the 2018 NHL Entry Draft.