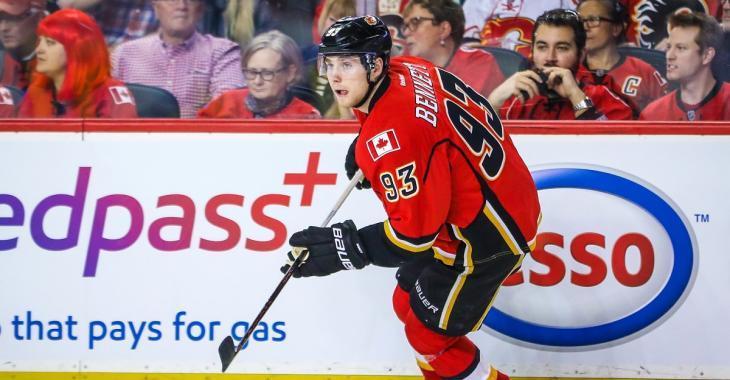 The Calgary Flames have not gotten off to the start that they would have wanted this season with a 2-3-1 record putting them near the bottom of Canada's North Division, and things have just gone from bad to worse for the Flames.

According to comments made by National Hockey League insider Elliotte Friedman on Saturday night, former Flames first round draft pick Sam Bennett has requested a trade after just 6 games with the Flames this season.

"There was a rumor going around this morning that Bennett might want a change of scenery," said Friedman during the intermission of the NHL broadcast. "I did call his agent Darren Ferris who said 'Yes, that's true. He would like it to be considered.'"

Although we have recently seen a similar situation in Columbus with center Pierre Luc Dubois demanding a trade of his own, it doesn't sound like the Flames are going to be in any kind of rush to trade Bennett just because he asked.

"The Flames are in radio silence about this, no comment from them," said Friedman. "One thing I've gleaned from just calling around is that they are not in any hurry to do it, they like their depth down the middle. They are not racing to make a move but according to the agent for Sam Bennett he would like a change of scenery."

This is no doubt a big disappointment for the Flames who likely believed that Bennett had turned a corner after a very strong performance inside the NHL's playoff bubble. Over 10 playoff games Bennett recorded 5 goals and 8 assists and was unquestionably one of the team's standout performers during that unique tournament.

Through 6 games this season however Bennett has been held goalless and has just a single assist to his name. Although Friedman did not elaborate on the potential motivations behind Bennett's request, I suspect that his role on the team has played a large role in this decision. This is purely speculation on my part, but Bennett's inability to claim a consistent roster spot in the Flames top 6 group of forwards is what I believe has motivated his desire to seek out a fresh start.