NHL News : Report: Rumblings that Pierre-Luc Dubois has asked for a trade out of Columbus 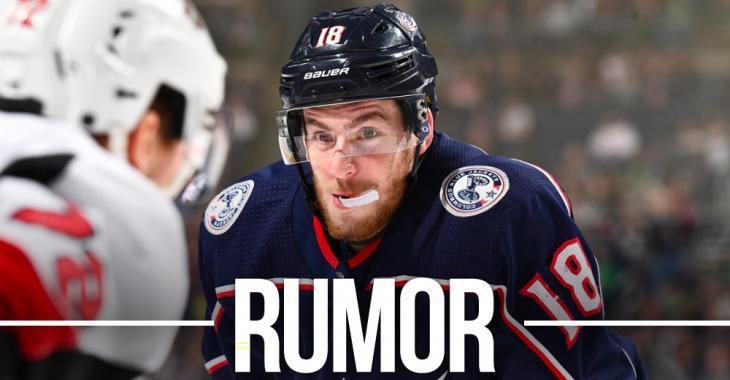 The former 3rd overall pick from the 2016 NHL Entry Draft absolutely feasted on the Leafs during the Columbus Blue Jackets' Qualifying Series win earlier this year, but now there are rumours that Dubois may be looking for a change of scenery.

According to TSN hockey insider Pierre LeBrun, the unsigned Dubois will not attend the Blue Jackets training camp and that a "few teams" have insinuated that Dubois could be trying to force a trade.

If that's the case, expect nearly the entire league to line up offers for Dubois. It's not often that a 22 year old with size, speed and scoring ability lands on the trading block. The Quebec native put up 18 goals and 49 points in 70 games for Columbus last season and an additional 10 points in 10 playoff games.

And if you don't think he's the real deal, just check out this highlight package:

Suffice it to say that if Dubois ends up hitting the trade market, there will be no shortage of interested suitors.

Joe Thornton hoping to play for one more NHL season.
Subscibe to
Our NEWSLETTER
Receive the best articles of the web directly in your email