NHL News : Report: Rick Nash opened to be traded to a Canadian team!

Who's the front runner? 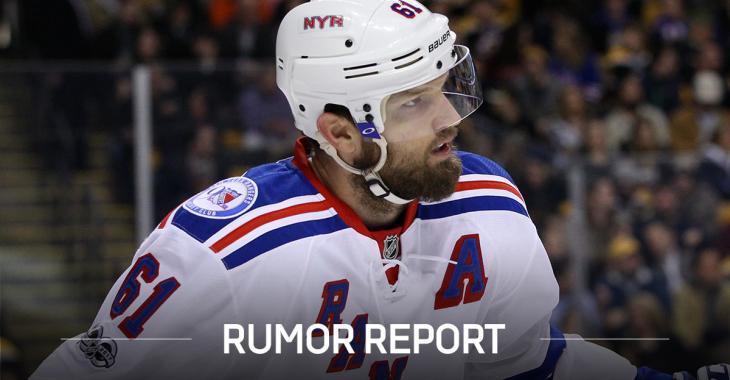 New York Rangers forward Rick Nash will be one of the most coveted player until the NHL trade deadline on February 26th. The 34-year-old forward, who will become an unrestricted free agent at the end of the season, will most likely be traded to a playoff team, giving the fact that the Rangers management gave a clear indication to their fans that they will trade away a lot of their key pieces earlier this week. Nash became one of the most attracting player as soon as the Rangers intentions were made clear.

As reported by Cory Wilkins from The Score, Nash would be opened to be traded to a Canadian playoff team. It's easy to figure which one could trade for him, as there is only three NHL teams that would make the playoffs if they were starting tonight: the Toronto Maple Leafs, the Winnipeg Jets and the Calgary Flames. Wilkins believes that these teams are on Nash's list of 12 teams where he would accept to be traded to. Nash submitted this list to the Rangers last week.

«I included the teams that I think have the best chance of winning the Stanley Cup and are also places I think would be good for my family. And, yes, that does include teams in Canada. I'm not excluding that as a possibility.» -Rick Nash

The starting price the Rangers are asking for Nash would be a first round draft pick, a top prospect and another piece (other draft pick, other prospect or another player currently in the NHL).

Would you like your general manager to complete a trade for Rick Nash? What would you be willing to give for him?

James Neal puts the NHL on notice with a hat trick in the first game of his PTO.
Subscibe to
Our NEWSLETTER
Receive the best articles of the web directly in your email