He explains what he witnessed back in 2010. 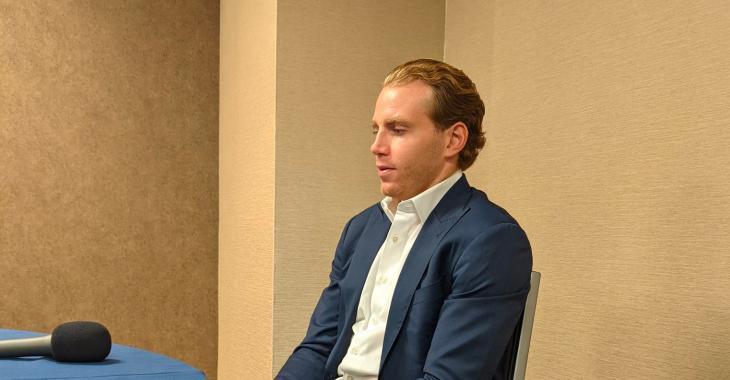 The heat is still on the Chicago Blackhawks even though U.S. Olympic and Paralympic Committee has rejected an American think tank’s request to suspend Olympic men’s hockey team GM Stan Bowman while he faces allegations that he helped cover up the sexual abuse of two Blackhawks players.

Bowman, of course, was President and GM of the Blackhawks in 2010 when two unnamed players were allegedly sexually assaulted by then-video coach Brad Aldrich. Aldrich was released from his position with the team, but was given a letter of recommendation and a good reference on his way out the door. Aldrich would then go on to commit further crimes while employed in the NCAA and was convicted of those crimes. Had Bowman or anyone else in the Blackhawks’ organization gone to the authorities with their concerns though, there’s reason to believe that the abuse would have ended. As it is, the Blackhawks essentially aided and abetted a sexual predator. The lawsuit filed by the player goes on to allege that not only did the Blackhawks fail to do anything to stop the abuse that was reported by a former player last month, but that they ignored it, and even provided Aldrich with a positive reference letter.

During the NHL Media tour, Mark Lazerus got the information from star forward Patrick Kane himself that “he has participated in the Jenner & Block investigation. Called the allegations “disturbing” and said he “feels for” John Doe. But said he didn’t know of it at the time, and never saw or heard any homophobic bullying in the years after.”

This has to be a huge distraction for Kane, though, he is willing to do the right thing.

We wonder how badly this investigation will keep impacting the Hawks, until something is done about it.

Breaking: Big update on Brad Marchand after Saturday morning injury scare.
Subscibe to
Our NEWSLETTER
Receive the best articles of the web directly in your email