Panarin appears to be the target of a political hit piece. 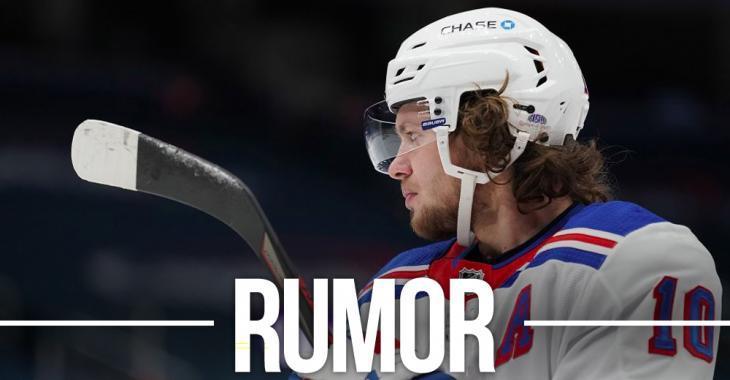 In case you missed the news earlier today, New York Rangers forward Artemi Panarin absolutely shocked the hockey world by announcing that he was taking a leave of absence from the team following allegations from his former KHL coach Andrei Nazarov that he assaulted an 18 year old woman in 2011.

Nazarov, a vocal supporter of Russian President Vladimir Putin, accused Panarin on assaulting the teenage girl during his time with Chekhov Vityaz of the KHL. Panarin and the Rangers have both vehemently denied the allegations and posted a statement in response:

“Artemi vehemently and unequivocally denies any and all allegations in this fabricated story. This is clearly an intimidation tactic being used against him for being outspoken on recent political events. Artemi is obviously shaken and concerned and will take some time away from the team. The Rangers fully support Artemi and will work with him to identify the source of these unfounded allegations.”

Panarin has been outspoken is his condemnation of Putin in the past and it's believed that Panarin's support for Putin's political opponent Alexi Navalny may have been a factor in Nazarov's allegations. In other words: this is a political hit piece from Nazarov.

How do we know? Russian journalists have proven that it was impossible for Panarin to commit the crime he was accused of in the first place.

According to Russian hockey insider Igor Eronko, Sports.ru reporters claim that Panarin's innocence is easily proven by simply looking at a calendar.

While I'm no expert in Russian, try to follow along below:

A little research gave even more interesting results. Firstly, Panarin then went to the second team - to Eurochallenge, he could not go to any Minsk
Secondly, what is even funnier - that team was ... Nazarov himself.

Why should Vityaz fly from Riga to Minsk in the morning if the game was there only after 9 days? To have a rest in Belarus for 8 days?

So... if I'm reading this correctly Panarin couldn't have assaulted this woman where/when Nazarov says as he was playing for a different team at that time?

It's difficult to sort out, but suffice it to say that a LOT of details are likely to emerge over the course of this week. In any case, at the risk of ignoring the alleged victim in this case I'm inclined to believe Panarin and the Rangers on this one. To me this looks like an obvious character assassination and an attempt to get Panarin off of the Russian Olympic team.

Auston Matthews blames tracking technology pucks for his lack of goals!
Subscibe to
Our NEWSLETTER
Receive the best articles of the web directly in your email